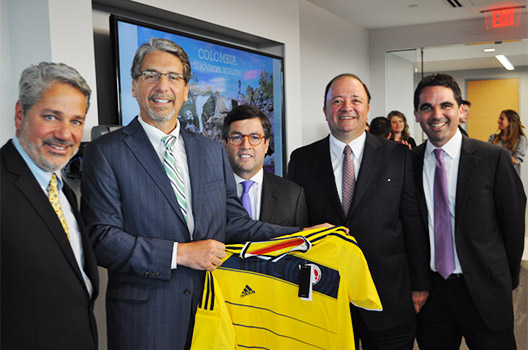 The new US Ambassador to Colombia, Kevin Whitaker, is taking over one of the most strategic diplomatic positions in the Western Hemisphere. A key political and economic ally to the United States, Colombia is also an important free-trade partner. Strong democratic institutions and a thriving economy point to a prosperous future, one where Colombia increasingly asserts its leadership on the global stage.

Ambassador Whitaker has had a long and distinguished career in the Foreign Service. Most recently, he served as deputy assistant secretary of state for South America in the Bureau of Western Hemisphere Affairs, director of the Office of Andean Affairs, and deputy chief of mission to Venezuela.​