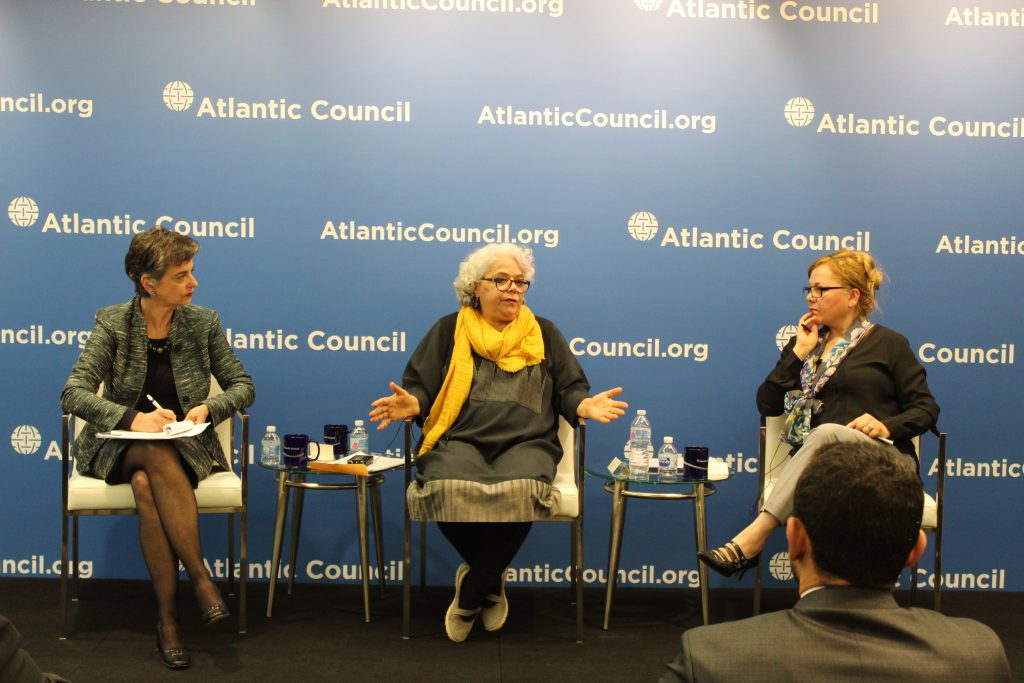 Iran’s Sunni minority is becoming increasingly strict in religious practice and could succumb to more Salafist influence, but has so far not been inclined to take up arms against the Iranian government.

This is one key finding of Scheherezade Faramazi, in a new report for the Atlantic Council. However, Faramazi warns that Sunnis in Iran could be radicalized by Persian-language Salafi-inspired religious websites, television stations and social media posts which have mushroomed in recent years.

A long-ignored minority in Shia majority Iran, Sunnis number about 15 million among Iran’s 80 million population and inhabit Iran’s periphery, where they encounter influence from extremists across the border in places like Iraqi Kurdistan and Pakistani Baluchistan. At an event at the Council on April 6, Faramazi said, “We still have time to let these people not be radicalized,” but that the government of Iran should not be complacent and should take steps to reduce anti-Sunni discrimination.

In many cases, Faramazi said, ethnic identify outweighs sectarian differences for these populations. However, ethnic minorities such as Iran’s Kurds – who are majority Sunni – have found it more effective to complain about religious discrimination because of the regime’s extreme sensitivity to ethnic separatism.

Sunnis have gravitated toward Iran’s reformist movement and have functioned as kingmakers, delivering some 6 million votes for Hassan Rouhani in 2013 presidential elections, she said. Sunnis have 21 members in parliament and Iran’s ambassador to Vietnam is Sunni. Sunnis also dominate in local councils established in their areas and nationwide under reformist president Mohammad Khatami. But no Sunni has been named as a cabinet minister and Iran’s constitution requires that the president and the supreme leader be members of the Shia sect.

This discrimination reflects hardline Shia “paranoia,” Faramazi said, that if Sunnis are allowed into important positions, they might share sensitive information with Iran’s Sunni neighbors. However, Iranian adversaries such as Saudi Arabia have had relatively little influence over Iranian Sunnis, she said, adding that the Saudis don’t appear to care as much about the Sunnis in Iran as the Iranian government does about Shias in the Arab world.

However, Fatemeh Aman, a writer and analyst who also focuses on Iran’s minority populations, said claims that Iran is determined to use Shia populations in neighboring states for its own political purposes are overblown.

“For Iran, the main factor is how politically significant” such groups are, not whether they are Shia, Aman said. She noted Iran’s links with Sunni Hamas and Sunni warlords in Afghanistan and said that Iran’s support for Yemen’s Houthi rebels had more to do with Iran’s regional rivalry with Saudi Arabia than with the Houthi’s Zaidi Shia faith. Iran has also stayed out of Pakistan’s Sunni-Shia divide, she said.

Faramazi was asked whether outside powers could use Iran’s Sunnis as a means of undermining the regime and sparking a new revolution. She emphatically denied this possibility, saying, “There will never be [another] revolution in Iran. Whoever wants that is dreaming.”

Barbara Slavin, director of the Future of Iran Initiative, who moderated the discussion, added that the United States is unlikely to be able to profit from Iran’s ethnic and sectarian divisions given its uneven treatment of Syrian Kurds.

The webcast is available here: https://www.youtube.com/watch?v=5TGiENBexDc