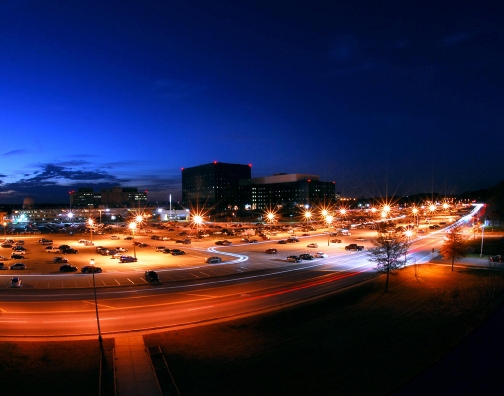 To address the impact of the NSA revelations on the transatlantic relationship and to formulate a way forward to rebuild trust and cooperation, the Atlantic Council’s Brent Scowcroft Center on International Security hosted a member’s conference call, moderated by Atlantic Council President and CEO Frederick Kempe. The call featured a discussion with Wolfgang Ischinger, current chairman of the Munich Security Conference and former German ambassador to the United States and Michael Hayden, Atlantic Council board director and former director of the Central Intelligence Agency and the National Security Agency.

Recent revelations about the National Security Agency’s global intelligence collection efforts, including actions against allies such as Germany’s Chancellor, Angela Merkel, have caused a strong public reaction around the globe, particularly in Europe. This controversy has the potential to damage the transatlantic relationship at a crucial time as Europe and the United States seek to move forward on the Transatlantic Trade and Investment Partnership (TTIP) and devise a comprehensive approach to the on-going crisis in Syria.

The NSA revelations put the United States in a difficult situation. The first step towards a solution to the current situation is to deflect the emotionalism of the moment created by very public nature of the revelations of very secretive activities. This political embarrassment has been exacerbated by the “worlds colliding” phenomenon in public perception of intelligence roles and activities. General Hayden also warned of a ‘parting of ways’ over differences in how either side of the Atlantic view the roles of sovereignty and privacy.

While it is important to address the fallout from the revelations, it is important to also address the larger question which Ambassador Ischinger stressed— a shift from “government to googlement.” Companies and governments have unprecedented ability to intercept, gather, and process data. There are no adequate rules on how to address the issue of data privacy but the opportunity exists for the United States and Europe to work together on developing such rules.

The fallout of the NSA revelations has been compared to the crisis in diplomatic relations stemming from the war in Iraq. Ambassador Ischinger noted that there is one crucial difference between the two situations. The essence of unease between the United States and Germany relating to the Iraq war was a political dispute involving substantive policy positions. However, despite political differences close cooperation on the intelligence level between the United States and Germany continued. What made overcoming the Iraq crisis so difficult was that the governments found it complicated to take the necessary steps to restore trust. The process became just as important as the underlying problem. The Ambassador, in reference to the current crisis, encouraged both countries to take quick steps to allow Berlin and Washington to return to core agenda on transatlantic cooperation, such as Iran and Syria.

Frederick Kempe asked what steps can be taken or what advice can be given to help in the current situation. Ambassador Ischinger responded, saying that it is worth noting that nothing is more damaging than the results of losing faith and face because of an ally.

General Hayden agreed with Ambassador Ischinger, concerning losing face and faith in a partner. Our failure to keep secrets a secret put a friend in a bad spot and now the onus is on the United States to make the next move. As a result it is our responsibility to be more open and give more in regulation negotiations.

General Hayden went on to note that the government has attempted to justify NSA activities far too often on a narrow “counterterrorism” platform, which he believes is inadequate to justify what the United States is doing. General Hayden noted, however, that there are many normal, healthy motivations, which are consistent with state sovereignty, defending the freedom, and safeguarding the security of Americans, for conducting espionage activities such as those of the NSA.

Ambassador Ischinger noted that Europeans have been hotly debating issues of digital privacy long before the current scandal. A free and open internet is wonderful, the European mindset holds, but citizen legitimately need comfort in the security of their data. There is no code of conduct or agreement on how personal digital information can be used. As a result, some have begun to balkanize the internet, setting up barriers to protect personal data while also opening the opportunity for tighter control to be exerted on the internet.