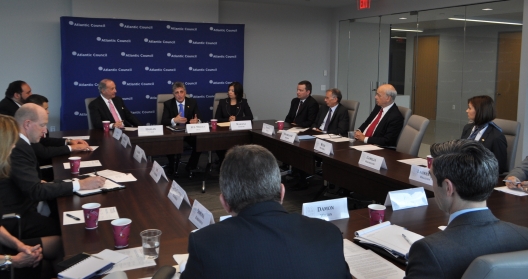 Romania represents both a key regional leader and a geopolitical anchor of NATO in Southeastern Europe.  The country remains an active contributor to NATO operations and a robust regional ally for the United States as the transatlantic community faces ongoing threats from NATO’s southern periphery. As NATO forces prepare to drawdown from Afghanistan in 2014 and the Manas air base in Kyrgyzstan closes, Romania and its airbases are set to become an important link in NATO’s supply chain between Europe and Afghanistan.  Additionally, Romania’s missile defense capabilities as part of the European Phased Adaptive Approach and its upcoming acquisition of new F-16 fighters underscore Romania’s importance as a bulwark against unforeseen threats to the entire Alliance.

This event is part of NATO Forum, a series of major public speeches and roundtable strategy sessions with ministers of defense and foreign affairs and top military commanders aimed at shaping the agenda for the NATO 2014 summit and defining the future strategic role of the Alliance.