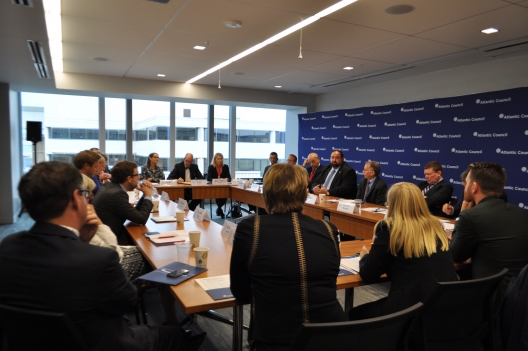 The Committee came to discuss the American perspective on Sweden and Europe’s role in the world, especially in an age of defense budget austerity and oncoming threats. The event touched upon the future of transatlantic security in the context of rising global challenges, the importance of cooperation among European countries, and the role of the United States in transatlantic relations. The discussion then turned to recent developments in Russia, as well as the influence of turbulence in the Middle East on European and NATO strategic plans for the near- and middle-term.

The Swedish Committee on Foreign Affairs prepares matters concerning relations with other countries and international organizations, including international trade and environmental issues. The Committee’s areas of responsibility also include the activities of the National Debt Office that concern international development cooperation.