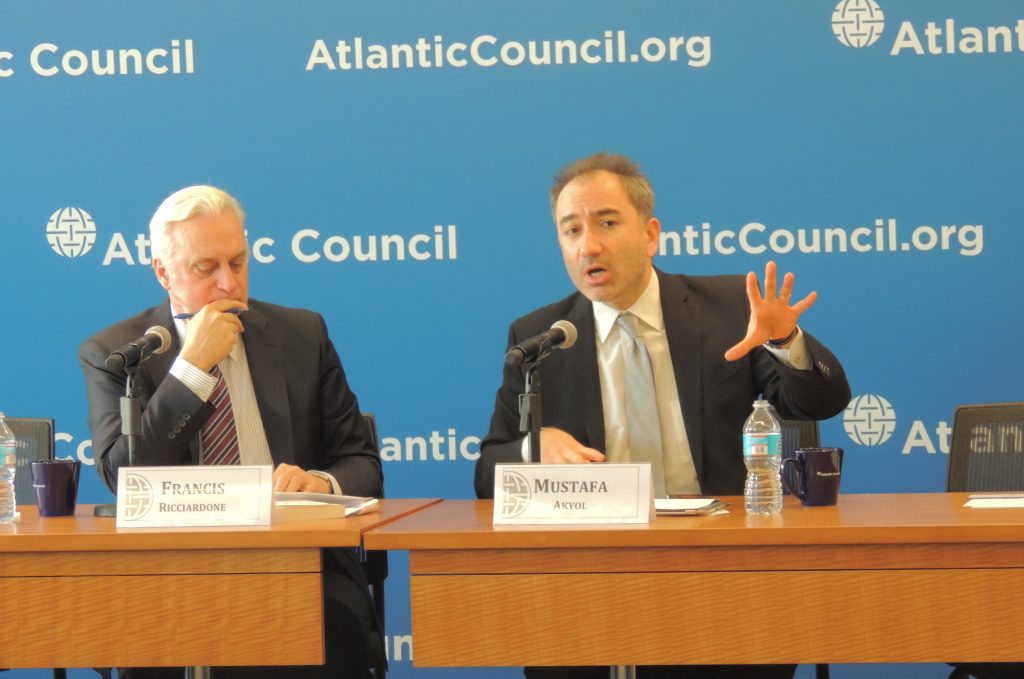 With the rise of the Islamic State and the attacks on French newspaper Charlie Hebdo, a global discourse has once again emerged surrounding the debate within Islam between extremist elements and a moderate majority within Muslim majority countries and in particular, Muslim communities in the West.

{soundcloud}https://soundcloud.com/atlanticcouncil/religion-civil-society-and-legitimacy-of-the-state-in-the-post-ottoman-region{/soundcloud}
Mustafa Akyol, author of Islam without Extremes: A Muslim Case for Liberty, joined the Rafik Hariri Center on January 15 for a discussion with Ambassador Francis Ricciardone on “Religion, Civil Society, and Legitimacy of the State in the Post-Ottoman Region.”

Mr. Akyol began the discussion with a brief history of the Ottoman Empire and, in particular, the impact of colonial powers and the arbitrarily drawn state boundaries in the region. Many of these countries have yet to create strong national identities, which has contributed to the instability and ongoing conflict in the region. An additional consequence of colonial rule was the negative legacy of the West, which gave rise to popular conspiracy theories that claim the West has had a hand in changes in the Middle East.

Akyol noted that from Malaysia to Turkey, theologians and progressive thinkers alike are challenging the extremist narrative. To hear more from this discussions, please find the audio link below.