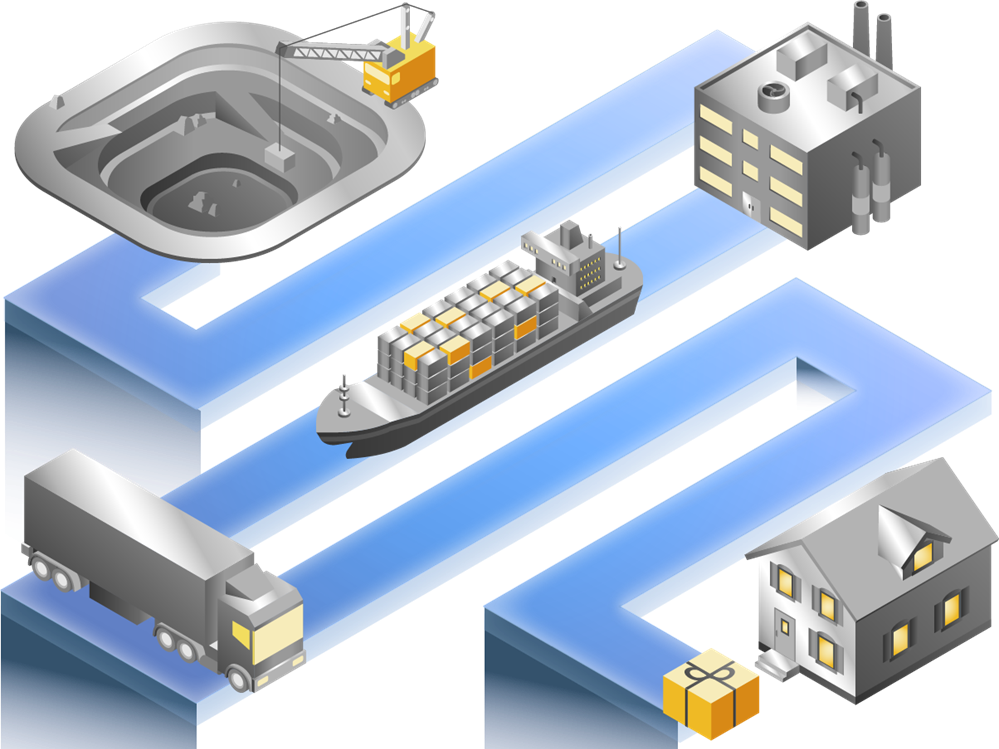 The impact of the COVID-19 pandemic is reverberating throughout economies across the globe. As states begin to recover, a key question for the post-pandemic order is to what extent existing high-tech supply chains will be reshuffled or uprooted, particularly amid intensifying strategic competition between the United States and China.

Resilient supply chains in the face of COVID-19

In response to Swanson’s opening question on whether the COVID-19 pandemic will catalyze the domestic reshoring of high-tech supply chains, the panelists were unified in their view that the underlying structure of supply chains makes them resistant to dramatic restructuring. Emphasizing that supply chain decisions rest primarily in the hands of the private sector, Ma added that the “enormous switching costs” make reshoring unlikely in the near term, especially given the deep embeddedness of the economic ecosystems in East Asia.

Oh agreed, stating that before the pandemic hit, the trajectory of the global economy faced strategic uncertainty from several different elements, such as growing skepticism toward globalization and trade, changing conceptions of national security due to new technological advancements, and intensifying US-China tensions. Given that these non-market factors were already at play, the COVID-19 pandemic served to exacerbate existing strategic uncertainties on global supply chains, Oh said. In agreement with Ma, she also noted that the reallocation of supply chains would require high capital expenditure. Though some high-tech industries in the United States, such as the semiconductor industry, have ramped up lobbying efforts to secure government subsidies to reshore production, although “most American firms do not plan to move production out of China” in the near term.

Echoing Ma and Oh’s points, Thomas reiterated that high costs remain a significant barrier to domestic reshoring. Most of the movement of supply chains in recent years has not been “out of China to the United States, but to other low-cost manufacturing hubs like Vietnam or Mexico.” Rather than introduce “enormous subsidies” to incentive domestic reshoring and risk distorting markets, Thomas advocated for “targeted funding” in innovation and research to strengthen the competitiveness of the United States economy.

Oh anticipated that because of China’s comparatively rapid recovery from the pandemic, firms that had been trying to reduce their heavy reliance on China amid the US-China trade war “cannot help but reverse” these efforts in order to resume their operations and keep supply chains open. China is the “first critical link in reviving the regional and global economy and restoring supply chains,” she noted. In addition to highlighting initiatives such as Made in China 2025 and the National People’s Congress’ recent unveiling of over $1.4 trillion in tech investments to boost domestic high-tech capabilities, Oh also predicted that Beijing would likely offer “incentives to neighbors to offset the risk of decoupling with the US.” These moves from China underscore the need for the United States to provide “viable alternatives” to Chinese technology and “reevaluate its approach to tariffs and export controls” in coordination with allies and partners.

Ma envisaged that China may play an important role in high-tech production chains with important implications for US-China strategic competition on a more permanent basis. Ma drew attention to foreign firms based on their recently released report, “Supply Chain Jigsaw” that are successfully expanding their presence in China amid the ongoing pandemic. A classic “success story”, Ma said was Tesla which managed to penetrate the world’s largest electric vehicle market as a foreign firm. As the only American lithium-ion battery maker producing “at scale” in the global market, Tesla’s activities in China warrant attention because the firm may be building “vertically integrated supply chains in China to mitigate risk.” Parallel supply chains could be built in Europe or other attractive end-markets, with each supply chain shielded from disruptions in other areas. A “mass migration into Southeast Asia” among Western and Chinese companies is unlikely, according to Ma, given the unmatched efficiency and robustness of Chinese infrastructure and logistic systems in the region. The movement of production into western China may be a possibility, Ma noted.

Thomas identified AI chips as another crucial industry with future implications for US-China strategic competition given their military and commercial applications. Though the United States and its partners maintain an edge over China in the manufacturing of advanced chips, Thomas warned that this advantage may not last forever. Reemphasizing earlier points by Ma and Oh on the resiliency of existing supply chains, Thomas predicted that it is unlikely for China to overtake the West in AI chip production in the near term due to the highly specialized nature of AI chip supply chains and the fact that the bulk of chip manufacturing currently happens outside of China. However, while regulations such as the United States Commerce Department’s recent restrictions on Huawei from obtaining non-US manufactured chips will constrain China in the short term, such measures necessarily reduce American chip makers’ revenues as a consequence of their inability to access the Chinese market—a downside from a long-term perspective. What’s more, Chinese firms such as Huawei are also at the “cutting edge of design”, Thomas acknowledged. “The bet is that the United States can out-innovate China in the next five to ten years into the future,” Thomas said.

All panelists were united in their view that the current US administration’s trade protectionism and efforts to decouple were ineffective for different reasons.

Oh argued that protectionism has “damaged Washington’s relationship with allies” as well as the United States’ “standing as a global leader.” Setting a “binary choice between national security and economic security will be very challenging for the private sector.” In her answer to Swanson’s question about the prospect of Biden’s global supply chain policy, Oh said that a change in administration may bring a repairing of alliances and a more multilateral approach toward decoupling from China. This might include coordinating with allies and partners on diversifying supply chains away from China and multinational efforts to reduce trade barriers by renegotiating the Trans-Pacific Partnership for instance. Oh also pointed to recent developments in India, Taiwan, and Southeast Asia as promising avenues for cooperation in reducing dependence on China, including Taiwanese Semiconductor Manufacturing Company’s recent decision to build a $12 billion chip factory in Arizona. Finally, regardless of the approach, the United States should demonstrate “clear messaging on the costs and benefits” of its supply chain policies of realignment and reshoring to best leverage allies and partners, she said.

Thomas and Ma argued that rather than focus on decoupling, the US should concentrate making the US economy more competitive by increasing domestic investment. “The basic US strategy should be to make the US economy more competitive,” Ma said. To compete with the scale of China’s economy, the United States must better “incentivize the commercialization of new technological breakthroughs.” Similarly, Thomas called for “wide support” for policies that “invest in American education, research, and innovation no matter what happens in China.” Thomas cautioned against excessively punitive measures against Chinese firms, adding that it could cause a backlash effect of firms and other states decoupling from the United States. “Multilateralism is the preferred approach from regional partners,” according to Thomas.

Ma discussed additional approaches to incentivizing domestic production. “Supply chains tend to follow end markets,” he said. “If you want supply chains to come back, you need to create a market.” Ma suggested government procurement as an option to induce a market for target industries. Finally, the panelists agreed that coordination with allies, partners, and the private sector must account for the varying interests of different actors. “Ultimatums are not effective,” Ma said. “The more effective option is to give other countries options—better options.”