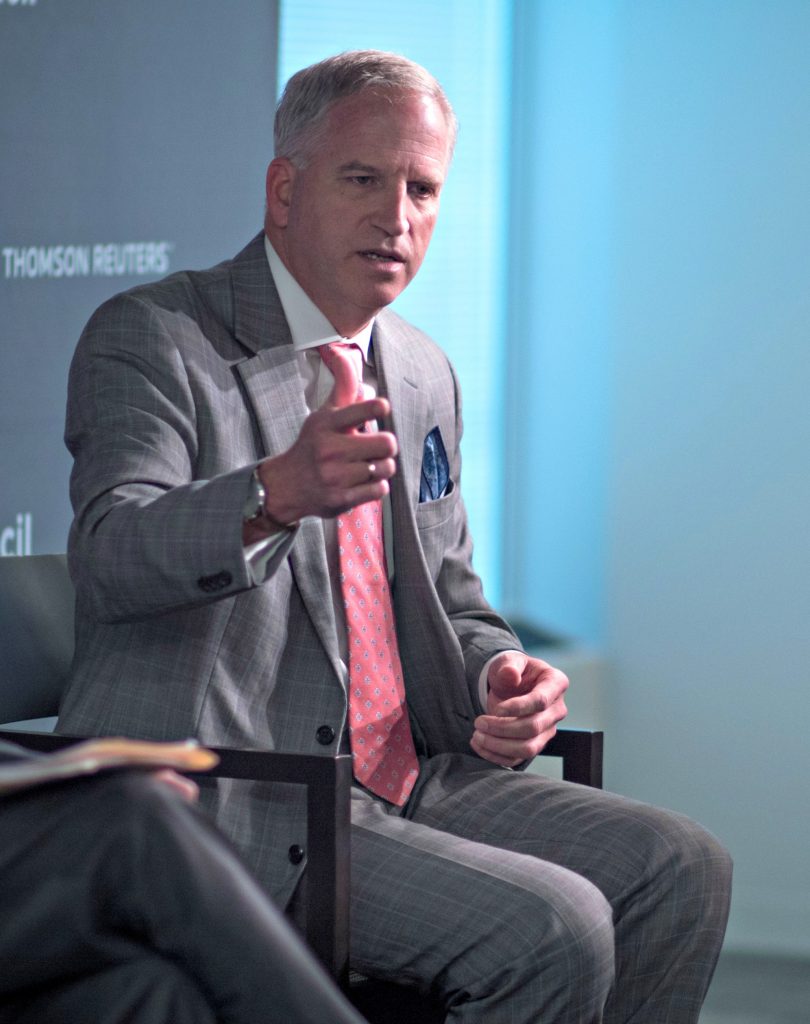 With the agency celebrating its 20th anniversary last year, Mr. Cardillo explained how its mission has expanded beyond traditional geointelligence into areas such as humanitarian relief, disaster response, land reclamation, historic preservation, and security for special events—most recently assisting the Department of Homeland Security with the Presidential Inauguration. All this is possible through the growing importance of data transparency, enabling different firms to cooperate in an area where until very recently only the NGA had the means to play a significant role.

Image: Robert Cardillo, Director of the National Geospatial-Intelligence Agency during the moderated discussion