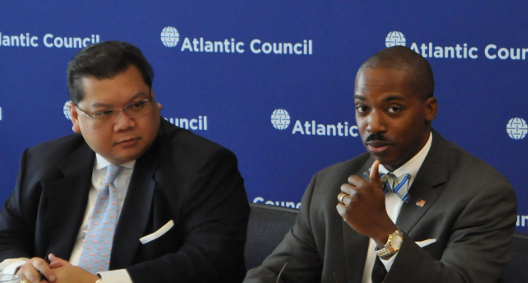 The Atlantic Council’s Africa Center hosted a transition seminar for Reuben E. Brigety II, recently confirmed by the US Senate as representative of the United States of America to the African Union with the personal rank of ambassador. The session, moderated by Africa Center Director J. Peter Pham, was held in advance of Brigety’s upcoming swearing-in, scheduled for September 30. The discussion focused on US priorities in Africa and the political challenges Brigety is likely to face while during his tenure.