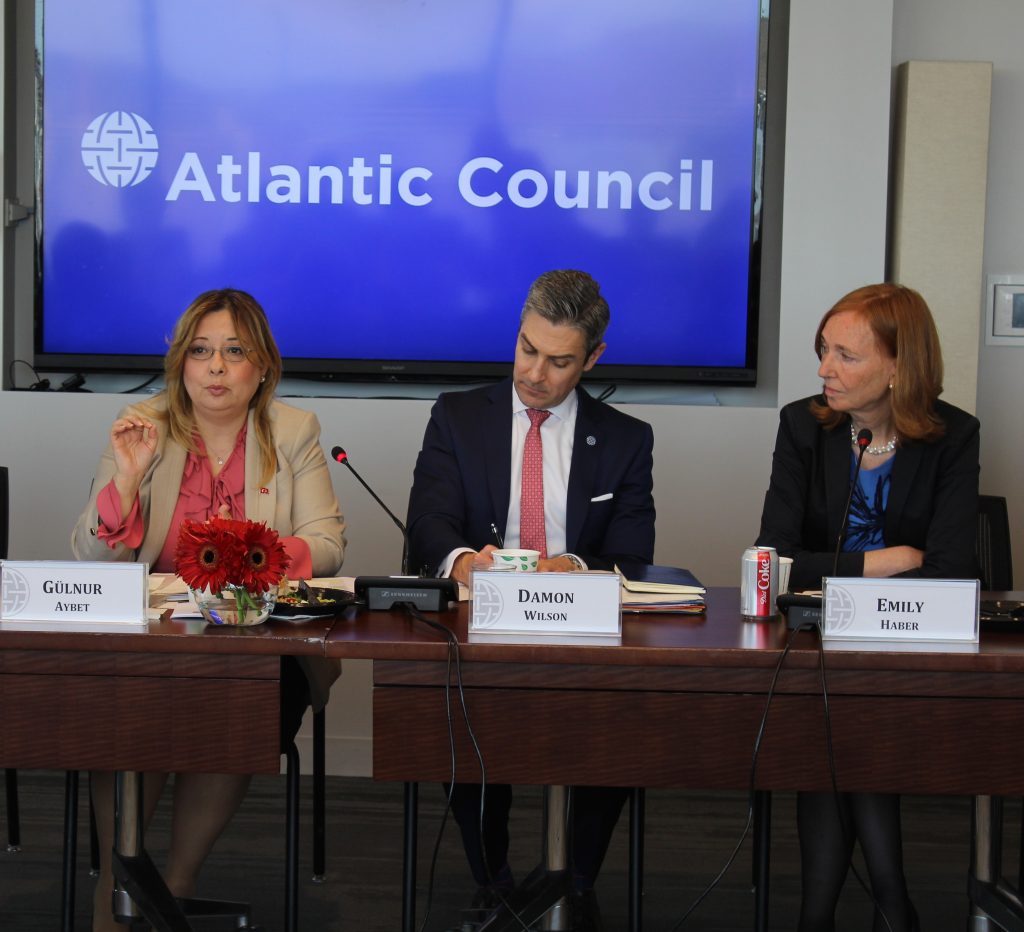 On Monday, April 8, 2019, the Atlantic Council IN TURKEY hosted a private roundtable discussion in Washington, DC titled, “Turkey-US Relations in a Shifting Global Order,” with Professor Gülnur Aybet, senior advisor to the President of the Republic of Turkey, member of the Presidential Security and Foreign Policy Center, and professor at the Turkish National Defense University. The roundtable discussion was moderated by Damon Wilson, executive vice president of the Atlantic Council.

Professor Aybet provided opening remarks, during which she addressed the shift in the global order resulting from the emergence of new global powers, like China and Russia, and the changing nature of transatlantic values. Prof. Aybet also discussed the roles of the Turkish-US partnership and the broader transatlantic alliance in meeting these changes to the global order. The question and answer session briefly touched upon several important topics, including Turkish energy security, the EU-Turkey partnership, Turkish-Iranian relations, the future of Turkish-US cooperation, and the role of Turkey as a broker between the US and Russia.