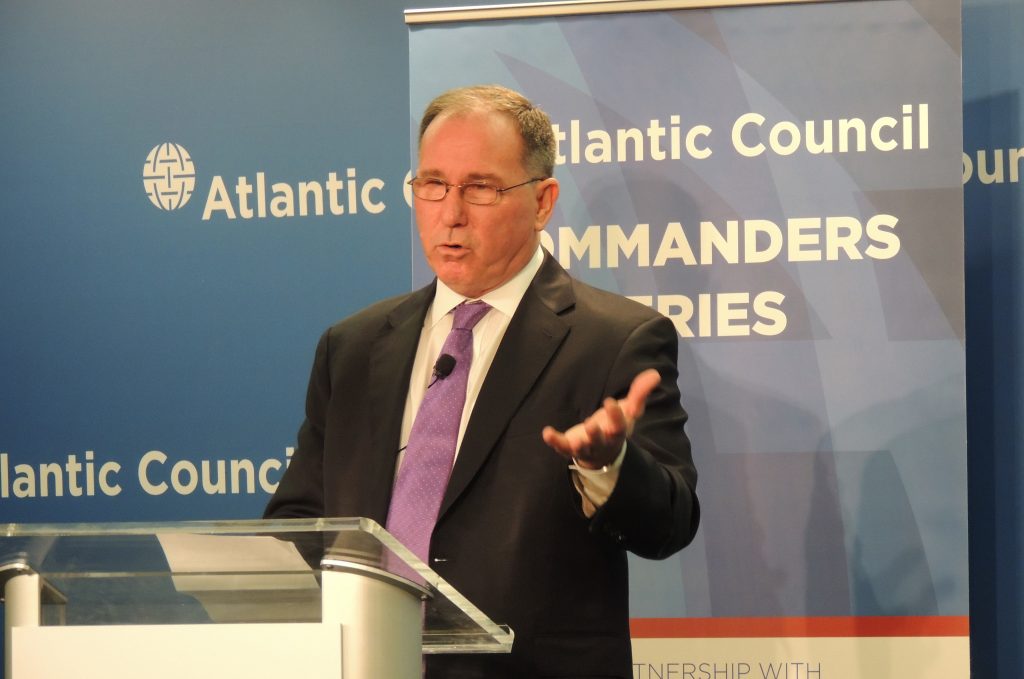 On Wednesday, January 21, 2015, the Brent Scowcroft Center on International Security welcomed Michael Vickers, the Under Secretary of Defense for Intelligence, to a public address entitled “Intelligence in a Dynamic World.” Vickers discussed current and developing threats from the perspective of intelligence, before looking forward to how we might deal with them.

In his introduction, Barry Pavel, the event’s moderator and Vice President and Director of the Scowcroft Center, outlined the significant breadth of the challenges faced by the United States before inviting Mr. Vickers to discuss them further. After getting to the podium, Vickers’ address explored contemporary issues such as the jihadist threat, cyber security, workforce issues, Russia’s war in Ukraine, and predicted further escalations on the global stage. Mr. Vickers also illustrated the evolution of intelligence and how provisions are being taken to protect US interests from adversaries, state and non-state alike. With questions ranging from the rise of China, to changes in the intelligence community, the discussion was far-reaching and thought-provoking.

This event was hosted as part of the Commanders Series, which is sponsored by Saab North America, Inc. and is the preeminent platform for military leaders to discuss strategic issues with an audience drawn from the broader Washington policy community. Recent Commanders Series events included ADM Cecil B. Haney, Commander of US Strategic Command, GEN Lloyd J. Austin, Commander of US Central Command, and Supreme Allied Commander – Europe, Gen. Philip M. Breedlove.