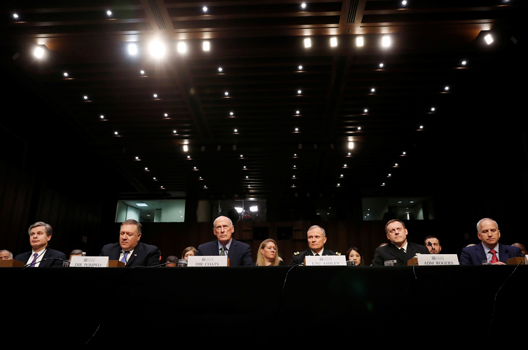 The 2018 Worldwide Threat Assessment, released on February 13, includes climate change among the identified threats to global stability. While many have pointed to the gap between this assessment and the rhetoric of US President Donald J. Trump—and the noticeable absence of climate change from his administration’s 2017 National Security Strategy—the worldwide threat assessment underscores a continuity in the identification of climate change as a security challenge across broad swaths of the US government. However, the mention of climate change as a threat is less criticism directed at the White House than reiteration of a consistent theme found in past Worldwide Threat Assessments.

However, while continued identification of climate change as part of the threat landscape is certainly important, incorporating climate concerns into foreign, defense, development, and national security policy in a comprehensive way is still a work in progress. Further, identifying the complex interaction between climate change and drivers of conflict is difficult to tease out.

“Challenges from urbanization and migration will persist, while the effects of air pollution, inadequate water, and climate change on human health and livelihood will become more noticeable. Domestic policy responses to such issues will become more difficult—especially for democracies—as publics become less trusting of authoritative information sources.”

Many of these trends have long been identified as challenges or drivers of conflict, particularly climate change. Saying these challenges will persist is largely true if somewhat unhelpful. The idea that threats related to inadequate water, climate change, and air pollution will become more noticeable is somewhat puzzling, as air and water issues have always impacted human health and livelihood, and are in any case also complexly interrelated with political (in)stability. However, the compounding impact of climate change could make them more pronounced or acute.

The erosion of public trust in institutions and information designed to address these challenges and provide a base for action has certainly accelerated in a worrisome way amid the corrosion of a healthy political culture in Washington. Hand in hand with plummeting faith in government, the 2018 Edelman Trust Barometer recorded the largest drop of US public trust in institutions in its history. This lack of confidence in US institutions complicates an already difficult political landscape, further hindering action on climate mitigation and adaptation. This also lessens institutional ability to address the complicated ways climate change compounds existing trends and risks.

Climate and its Impact

“The impacts of the long-term trends toward a warming climate, more air pollution, biodiversity loss, and water scarcity are likely to fuel economic and social discontent—and possibly upheaval—through 2018.”

Far beyond 2018, the relationship between environmental and climate issues vis-à-vis economic and social discontent involves a complicated set of interrelated and often overlapping issues broader than just climate change, but certainly compounded by it. China and India are working to address air pollution, which has taken a political front seat due to discontent and disruptions over poor air quality in major cities. Additionally, in areas facing water scarcity—such as South Africa—there are often a host of problems related to governance and management of the resource, opening the door for climate to make a bad situation worse. The disastrous effects of climate change can exacerbate existing natural challenges, and shine light on larger governance challenges related to resource management and service provision, fueling social discontent.

“The past 115 years have been the warmest period in the history of modern civilization, and the past few years have been the warmest years on record. Extreme weather events in a warmer world have the potential for greater impacts and can compound with other drivers to raise the risk of humanitarian disasters, conflict, water and food shortages, population migration, labor shortfalls, price shocks, and power outages. Research has not identified indicators of tipping points in climate-linked earth systems, suggesting a possibility of abrupt climate change.”

Though the White House has often discounted the science, the National Aeronautics and Space Administration (NASA), National Oceanic and Atmospheric Administration (NOAA), and other federal agencies continue to document temperature warming trends. These are also highlighted in the US Global Change Research Program’s Climate Science Special Report. By identifying the geopolitical risks potentially compounded by climate change, the assessment is largely in line with a seminal G7 report identifying key compound climate-fragility risks which could be exacerbated by climate change. Among these elements at risk are: local resource competition, livelihood insecurity and migration, extreme weather events and disasters, volatile food prices and provisions, transboundary water management, sea-level rise and coastal degradation, and unintended effects of climate policies, such as food or fuel price volatility.

The intelligence community is not alone in warning of the potential for climate change to exacerbate conflict and compound the impact of other drivers of instability. While the absence of climate change in the administration’s 2017 National Security Strategy represented a departure from his predecessor, the 2018 National Defense Authorization Act Trump signed in December 2017 states it is the sense of the US Congress that “climate change is a direct threat to the national security of the United States.”

The appearance of climate change in the Worldwide Threat Assessment is far from the US government’s first recognition of climate as a threat. Climate change first appeared in the National Security Strategy in 1991 as an identified environmental challenge which does not respect international boundaries, and has been included in the quadrennial defense reviews from 2010 onward.

The awareness of climate change and its potential impacts goes back yet further. Harvard economist Robert Stavins, building on existing archival research, recently pointed out that a half century ago, in 1965, the Environmental Pollution Panel of the President’s Science Advisory Committee authored a report for then-US President Lyndon Baines Johnson that included a twenty-three-page discussion of the basic mechanisms of climate change and the possible impacts on various earth systems. Four years later, in 1969, Daniel Patrick Moynihan—then an adviser to US President Richard Nixon—wrote a memo to the president raising concern over the possible “apocalyptic change” represented by anthropogenic climate change, and calling it an issue that the “[Nixon] administration ought to get involved with” and a “natural for NATO.”

Fifty years later, too many are left treating climate change as an ideological issue rather than a reality that must be grappled with. The recognition of climate as a threat multiplier by professionals in the science and national security communities is nothing new, and if anything, the latest Threat Assessment document should sharpen minds around how to translate this recognition into prudent, pragmatic, long-term strategies.