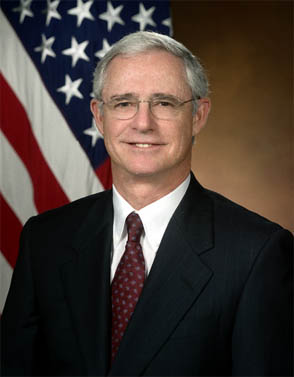 Jacques Gansler’s editorial in yesterday’s New York Times appropriately laments the Pentagon’s drift away from real competition in contracting, and prescribes two sequential solutions: initial competition on price and quality, but subsequent re-competition on price. In supply chain management, the former is called best-value contracting, the latter dual-sourcing. Both have been used to good effect in military contracting. However, I must expand on Gansler’s essay by addressing a problem in his prescription: while best-value is an obvious choice, two sources are sometimes more costly than one.

Gansler first recommends awarding initial contracts for new, complex systems based on the whole package of what the bidder brings, and not just the lowest price. The Pentagon has increasingly focused on price in the past few years, and even has an acronym for this approach—LPTA, or the “lowest price, technically acceptable” bid. As evidence of how this can go badly, Gansler cites the recent fiascos of the USAF search-and-rescue (CRH) and Marine One (VXX) helicopter “competitions”. When no credit was given to potential suppliers for exceeding merely acceptable requirements, Sikorsky (with partner Lockheed) wound up as the only bidder on both.

Then, for follow-on orders, Gansler recommends build-to-print contracts which control for established quality, but which are awarded basically on price. This develops two sources for the item: the practice generally accords more work to the lower bidder, but awards a little work to the higher bidder to keep him in the game for the next round. Gansler cites the very real and serial cost savings achieved with this strategy in the programs for Arleigh Burke destroyers, Tomahawk missiles, and jet turbines for fighter aircraft—the last famously in the “Great Engine War” of the 1980s.

These are sound strategies, and Gansler is in a position to know: he’s an engineer and a PhD economist who served as procurement under secretary in the Clinton Pentagon. But his essay gives short shrift to a very important issue: the very different challenges of implementing these two strategies.

Best-value contracting is a no-brainer. Many complex military systems are based on heritage designs or technology specific to a particular company. These cannot be tailored to just any idiosyncratic requirement. The result is what economists call monopolistic competition: bidders offer products that only they can offer, but at different prices and with differing parameters. So consider what happened when the Defense Department tried the lowest-price approach in the aforementioned cases of the CRH and the VXX. The respective minimum requirements were written for a Black Hawk and a Superhawk. In trying to meet those requirements, every helicopter manufacturer other than Sikorsky could only offer a bigger and more expensive machine, as a smaller one would have been disqualified. Whether a bigger aircraft would have provided a lot more capability for not so much more cost did not matter. So when choosing just on price, a defense ministry effectively preselects its preferred supplier before the envelopes are opened. It’s almost rigging the bidding.

On the other hand, dual-sourcing is a contracting strategy that requires judicious application. Serial re-competition for build-to-print contracts has indeed achieved great results, but it is sometimes ineffective, and other times just impossible.

Consider another of Gansler’s cases—the problematic, recent “KC-X” competition for the USAF’s new tanker aircraft. As I wrote four years ago in “Four Issues with the USAF’s Tanker RFP” (parts one and two), the contest between Airbus and Boeing seemed to break both rules: initial competition purely on price, but an eighteen-year deal for the winner, with now upwardly creeping costs. However, again citing the language of economists, these companies are not just monopolistic competitors, they’re rivals. Intellectual property was a huge issue: Boeing was not going to agree to let Airbus assemble 767s under license, and Airbus would not have handed the plans for the A330 to Boeing. So how would the contract have been re-competed?

At the time, one widely recommended alternative was a split procurement—dual-sourcing with dual products. This strategy would have had the USAF buy both 767s and 330s, but in different quantities each year, according to a formula that balanced each company’s price against the perceived qualities of its airplane. This would have kept both companies’ pencils sharp, but the USAF would have had two contractors to oversee, two different training pipelines for the crews, two different supply chains, and two sets of bids to evaluate every round. In some cases, the benefits of future lower prices through competition outweigh these fixed costs of duplication. In the case of the KC-X, the Defense Department ran the numbers, and decided that the business case was not sound.

Gansler describes competition as “one of the commercial world’s most basic cost-control weapons”, but sole-sourcing, through a long-term supply relationship, is a common commercial practice too. Consider again Airbus and Boeing. Neither company frequently chooses two suppliers for its landing gear, aerostructures, flight controls, or any other major subsystem. They sometimes change suppliers, but only after carefully considering the switching costs. Both generally offer their aircraft with a choice of two engines, because customers want to keep those engine wars going endlessly. And when bringing their first-tier suppliers into their design processes, neither is today buying new components strictly on price. The economics of each particular case need to be considered carefully: best-value is obvious, and dual-sourcing is alluring, but sole-sourcing is actually sometimes best.

All that said, Gansler’s essay is an important reminder that the Pentagon is not trying hard enough to harness the power of competition in reducing costs. It’s just that some competitions are harder to manage than others. Knowing when and how to engage dual sources requires a sharp pencil and good business judgment, not just adherence to a formula or dogma. And, just as in business, the Pentagon needs a savvy corps of supply-chain and procurement experts to figure these things out.