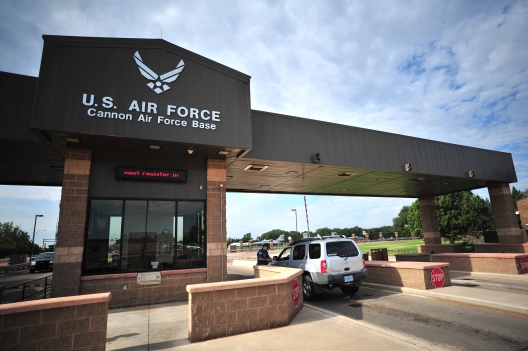 Here at the University of Texas this week (I’m a doctoral fellow when not at the Council), I attended a talk by Christopher Preble of the Cato Institute on “Creative Destruction: What Happens When the Military Leaves”. Chris is an historian with an eye for economics, and he has been working to make more tangible the statistics of US base closures with actual case studies of redevelopment. I anticipate that his work will be important for eventually convincing the Congress to authorize another round of the Base Realignment and Closure (BRAC) process. Another round is not just needed for reducing stateside infrastructural costs. It is actually becoming essential for preventing an inefficient and creeping “private-sector BRAC”, which could leave the US with a warped industrial structure, by shuttering potentially more-efficient capacity first.

Amongst the cases from individual bases, there are stories good and bad, but economists’ handling of those dry statistics from several rounds of the BRAC has produced a generally consistent result. Eliminating inefficient military infrastructure has a beneficial economic effect across the country. And why wouldn’t it? Monies not consumed by that which is not needed can be rolled into that which is. Right now, the military services would particularly like to roll those freed-up funds into their training accounts, which have been set back greatly by the sequestration of their budgets.

What’s less generally realized is how shutting down bases frees up resources locally, and for the local community. In his book Shutting Down the Cold War: the Politics of Military Base Closure (Palgrave Macmillan, 1998), David Sorenson of the Air War College found that, on average, the closures “actually helped local economies,” (p. 76), and that local political objections were mostly bloviations to look ‘tough on base closure’ or something like that.

Sorenson also found that for the BRACs of 1991, 1993, and 1995, “there is no evidence that base closure was responsible for even a single congressional or senatorial defeat in the election years following each round” (p. 213). I don’t know that congressmen and senators actually realize this. If they did, a BRAC round could be authorized, for if we expect that most legislators are interested in reelection, some might be at least reasonably interested in national security.

Perhaps it is different now. Byron Callan of Capital Alpha has written (see his note of 6 August 2013) about how the largely rural locations of military bases today and continued unimpressive employment growth could bolster opposition within the Congress to another BRAC. From where I sit, I can definitely see his point about the urban-rural split. We here in Austin greatly benefited from the opportunity to turn Bergstrom Air Force Base into Bergstrom International Airport. But shut down Cannon Air Force Base in eastern New Mexico, and you won’t find many cattle interested in boarding flights. This time, there may be more at stake for those remaining congressmen holding onto bases in their districts. The question is whether their thinned ranks will be enough to hold the line.

It’s also notable that if congressmen care about jobs on bases, they seem to care much less about jobs in industry. As National Defense magazine recently recounted, layoffs in the defense industry are “picking up steam,” and employment has dropped by 160,000 positions since spending turned down. But as John Bennet of Defense News put it, when a few senators in the federal congress tried to warn about how “millions of middle-class workers” were next up, “only a few [defense] subcommittee members even showed up.”

The numbers are nonsense, but the poor attendance indicated that pleas from producers and the communities around them will continue to go unanswered. Where does this leave us? For years, the Defense Department has operated under a legislated mandate to insource at least half its depot maintenance work. While this has admittedly allowed some exceptions, and some exemptions approved by service secretaries, the Army, Navy, and Air Force Departments have frequently contracted out up to that limit. With that spending pattern, they’ve not always been impressed with the efficiency of their organic industrial facilities. While the quality of the work improved greatly throughout the 2000s, it remains uneven across the public sector.

With closures and staff reductions still off the table, the three military departments thus have an unhelpfully constrained solution set. They could decline to pile their declining maintenance dollars into their own depots, but they cannot meaningfully reduce the fixed costs at those installations. Unless they want to pay consistently increasing rates on the maintenance that they’re required to insource, they need to favor the depots.

An investor friend of mine who closely follows the industry calls this the creeping “private-sector BRAC”. In the absence of the government’s downsizing of that organic capacity—which grew greatly during the wars in Iraq and Afghanistan—the contractors will be shutting down their capacity first. The good news is that no one will need a congressional vote, a commission, and a bunch of public hearings to do it; it’s strictly business. The bad news is that it won’t shut down the least efficient capacity first. That would be how free enterprise is supposed to work, but that’s not what we’ve got in this case.

Make no mistake: another BRAC is absolutely necessary. Not an expensive BRAC like 2005, with its weird portfolio shuffling, but a BRAC of clean kills like the preceding four. Excess base capacity is consuming monies that could otherwise support training, and excess depot capacity is distorting the development of an efficient industrial base. But with wider recognition of the benefits of local redevelopment, and some evidence that a BRAC vote still provides political inoculation, the US Defense Department could get that next round it needs.