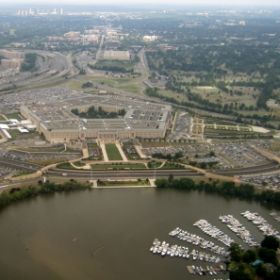 In today’s Wall Street Journal, Todd Harrison and Mark Gunzinger of the Center for Strategic and Budgetary Assessments write of how the US military needs to close domestic bases, reform military compensation, and retire legacy weapons. They lament that the Congress will not permit a BRAC, will not stop increasing troops’ and retirees’ compensation, and will not stop making laws to enshrine particular platforms in a permanent force structure. Specifically, Harrison and Gunzinger ask that the Pentagon be allowed to close about 20 percent of its stateside facilities, raise health insurance fees for working-age retirees, and retire the A-10 and KC-10 aircraft fleets. They attribute the legislative intransigence to “parochial interests”, which are “not conducive to carrying out the nation’s defense.”

I agree that these mandates constrain the Pentagon’s planning. I may even agree with some of Harrison and Gunzinger’s priorities. But I also argue that the Congress demands do add up to a coherent policy. It’s just one based on a worldview that the authors from the CSBA do not share.

Let us observe what the Congress is generally not demanding: overseas bases, more troops, or new equipment. It is not complaining in legislation about the gradual withdrawal from Europe and the Middle East, the planned cuts to the Army’s force structure, or any failure to fully provide in budgets for the GCV, JLTV, ACV, or LRS-B. It is showing no love for a big ground force, leaning forward, backed by the latest alphabet soup of development programs. Such a force would be particularly useful for quickly jumping into wars, without strong commitments from allies, with the narrower equipment sets of ’the military you have’, and bearing enduring commitments to police conquered territories. In short, the CSBA’s approach would back the strategy that the US followed from 2003 through 2008. Having lived through that experience, perhaps the Congress now prefers otherwise.

Instead, the Congress is signaling its acceptance of an American military that is more based at home, with fewer regular troops (who are very well paid), and a more diverse base of proven equipment (particularly in aircraft). What could the Congress’s preferred force do? If necessary, after some months of failed negotiations, it could mobilize for a big campaign that was more a war of necessity than choice—as in 1991. With smaller regular ground forces, but air forces tailored for ground support, it could still take down decrepit, repressive regimes whose excesses seemed too much to ignore—as in 1995, 1999, and 2001. And selectively modernized with standoff firepower, it could still readily contain potential Chinese expansionism in the Pacific—as we worry about here in 2014.

This is not a set of tasks that the Army or the Air Force would institutionally prefer, but the prevailing wisdom of each military service embodies its own parochial interests, and these should hardly be above questioning. It is probably a set of tasks that much of Washington’s securiati will assail as accepting too much ‘risk’, though without credible quantification. It is not the stance of a global policeman, but more that of a global fireman, willing to help douse the flames, once the alarm has been raised. Perhaps most importantly, it represents a policy more in keeping with the limited resources of a government whose electorate has tired of open-ended commitments.

As such, rather than condemning these “parochial interests” as manifestly silly, I recommend constructively engaging the authentic strategic choices that the preferences reflect. Only then are we are likely to find a more productive, informed legislative branch addressing the posture of our military forces.