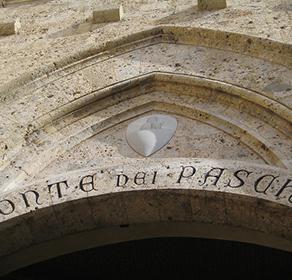 The European Banking Authority (EBA) on July 29 released the results of its stress test for 51 EU banks. While several financial institutions didn’t fare well, overall the banking sector has strengthened its capital base and could better survive adverse economic conditions. However, worries remain on profitability and equity investor sentiment, as some analysts claim that the test doesn’t reveal the core problem in the sector, namely negative interest rates, which continue to eat into profits and erode bank capital. Bank shares have dropped steadily since the results were published.

The European Central Bank approved a rescue plan for Italy’s third largest lender, Monte dei Paschi di Siena (MPS), which fared the worst in the EBA’s stress test. The plan includes a 5 billion euro sale of new shares to raise capital along with a spin-off and sale of 10 billion euros of non-performing loans hurting the bank’s balance sheet. Investors initially reacted positively to the bailout, but shares came crashing down on August 2, causing two of Italy’s largest banks, UniCredit and MPS, to temporarily suspend trading.

European Commission President Jean Claude Juncker has given the new British EU Commissioner Julian King the security union portfolio. King will lead the Commission’s efforts in combatting terrorism, organized crime, and cyber attacks. Juncker called for a European security union back in March 2016, a proposition criticized in the UK. While many predicted a light portfolio for King considering Brexit, he will have a lot on his plate as Europe copes with a string of recent terrorist attacks.

Talks between Switzerland and the EU over migration have become much more difficult after the Brexit referendum. Switzerland voted in a 2014 referendum to cap immigration, but the EU insists that access to the single market can come only with freedom of movement and it will not accept a cap on EU citizens settling in Switzerland. If the country doesn’t accommodate EU demands, its whole trade relationship with the union could be in jeopardy. Talks will begin in October and Switzerland has until December to determine its relationship with the EU, but the power balance has shifted to Brussels knowing that the talks will set a precedent for exit negotiations with the UK.