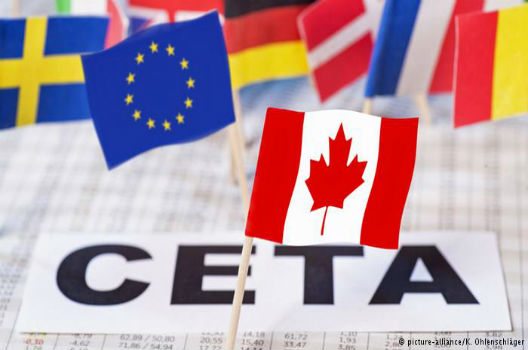 EU to speed up implementation of derivative exchange rules

Under pressure from the European Commission and the US, Economic Affairs committee MEPs voted on October 11 to implement international collateral rules for so-called “uncleared derivatives” by mid-December 2016. The rules will require banks to exchange collateral on derivatives not handled by clearing houses, in a push for more oversight of trades, which were widely blamed for worsening the 2008 financial crisis. The US, which has already adopted the rules, has lobbied the EU to speed up the process after delays in implementation earlier this year. The Council is expected to approve the decision at a November 8 meeting, meaning banks will have to start following the new rules as early as January 2017.

Two regional assemblies voted this week to reject CETA, potentially killing the EU-Canada trade deal widely seen as a test case for the US-EU TTIP negotiations. Under the country’s complex constitution, the votes could bar the Belgian federal government from signing the trade deal at an October 18 meeting of EU trade ministers, where it is expected that they will approve the agreement. The new hurdle comes as the German constitutional court rejected a citizen protest case against CETA on October 13. The court ruled that the Commission could provisionally implement parts of the deal that fall under EU competencies. The Commission agreed in July to ratify CETA as a mixed agreement, requiring a unanimous decision not only from the EU institutions but also from member states and some regional legislatures for full implementation.

The European Commission is reportedly edging closer to a proposal on international data sharing in the Trade in Services Agreement (TiSA) talks. The discussions come several days before an October 16-17 meeting of chief negotiators of all 23 WTO parties, which is expected to pave the way for a formal deal by the end of the year. Such an EU proposal could remove a major stumbling block on data provisions, which the United States says is crucial to the agreement. Privacy activists argue TiSA’s international data sharing rules could undermine the EU’s new data privacy regime. The business community, meanwhile, fears a rejection of such rules would reduce the economic value of the agreement and further threaten the EU’s credibility in ongoing trade talks with the US and Japan.