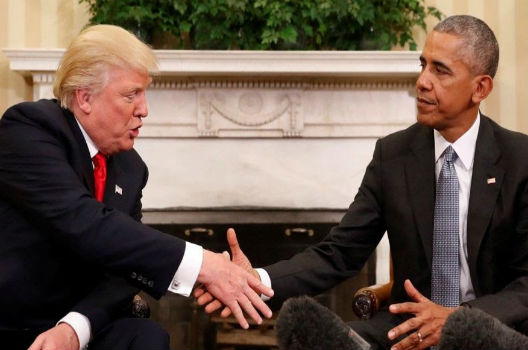 
EUROPE REACTS TO US ELECTIONS

European leaders woke up on November 9 to the surprise victory of Donald Trump in the US elections and few seemed prepared – or happy – with the outcome.

EU
European Commission President Jean-Claude Juncker and European Council President Donald Tusk issued a joint statement reaffirming the importance of the US-EU strategic partnership, calling on Trump to cooperate with the bloc on climate change policy, the Transatlantic Trade and Investment Partnership free trade agreement, and security in Eastern Europe and the Mediterranean basin. They invited Trump to Europe for a summit at his earliest convenience.

Germany
Reactions in Germany ranged from muted shock – Foreign Minister Frank-Walter Steinmeier statedthat “a lot will be more difficult” but that he respected the outcome of the vote – to all out doom and gloom as Vice Chancellor Sigmar Gabriel called Trump the “harbinger of a new authoritarian and chauvinistic international movement.” Chancellor Angela Merkel cited the need for cooperation based on common values of “democracy, freedom, respect for the law and for human dignity irrespective of origin, skin color, religion, gender, sexual orientation or political conviction.” She vowed to work with Trump on social and economic well-being and climate policy, among other issues.

France
For Gérard Araud, the French Ambassador to the US, initially said in a now-deleted tweet that “the world is crumbling in front of our eyes.” As many speculated that the rise of Trump may bolster far-right candidate Marine Le Pen’s hopes for the French presidency next year, Le Pen’s deputy appeared to respond to the Ambassador, tweeting “their world is crumbling, ours is building.”

What the Trump presidency could mean for Europe
Some pundits argue possible US disengagement from NATO and Trump’s alleged closer ties to Russia could force Europeans to drastically improve their defense cooperation. Observers seem divided over whether the election outcome will push EU countries to take a tough stance in Brexit negotiations in order to quell populism at home or whether it will give the UK greater leverage. Many speculated that climate policy could be headed for a destructive turn, due to Trump’s stated intention to withdraw from the Paris Climate Agreement. Markets initially fell sharply as it became clear that Trump was going to win and investors predicted damage to European economic recovery if the president-elect follows through on promises of deregulation and protectionism, but rose and stabilized later in the day amid rumors that his policies in practice could be more favorable to growth than his campaign rhetoric implied.