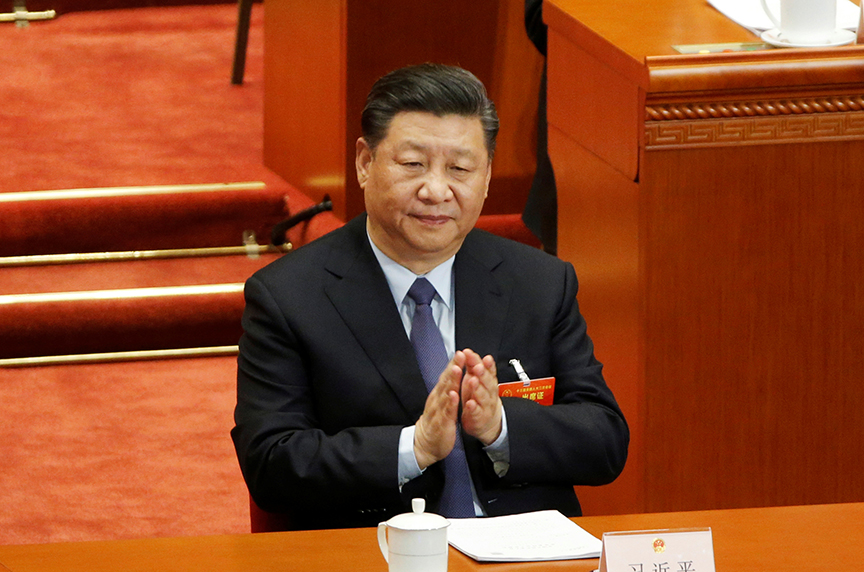 Chinese President Xi Jinping will visit Italy and France next week amid a European Union firestorm over the dangers of rapidly growing Chinese trade and investments – particularly regarding next-generation telecom technology – and intensifying divisions among its members about how to deal with them.

Western media coverage has understandably focused on the unfolding Brexit drama in London, where British lawmakers failed to agree on a viable path forward. However, what went under-reported was that at the same time the EU took its most significant steps yet – though belated and insufficient – to address China’s increasingly assertive and state-subsidized push into Europe.

After months of study, the European Commission released its “EU-China: Strategic Outlook,” that included the clearest and toughest language yet toward China in an EU document. After years of a more benign approach to Beijing, it branded China as “an economic competitor in the pursuit of technological leadership, and a systemic rival promoting alternative models of governance.”

That marks a major shift in thinking ahead of next Thursday’s EU Council meeting in Brussels, bringing together all 28-member country leaders to discuss China the day before Xi lands in Rome. Although the document is couched in diplomatic language, calling upon the EU to “deepen its engagement with China to promote common interests at a global level,” its message is unmistakable on critical infrastructure and Europe’s tech base.

“5G networks will provide the future backbone to our societies and economies, connecting billions of objects and systems, including sensitive information and communications technology systems in crucial sectors,” it says. “To safeguard against potential serious security implications for critical digital infrastructure, a common EU approach to the security of 5G networks is needed.”

To achieve that, the Commission said it will lay out a path following the EU Council meeting. What’s unclear is how effective any approach would be, which would require buy in from 28 nations – 27, if Brexit goes through – which view China through vastly differently lenses.

The challenge is that China for some time has executed a clear plan that has put Europe increasingly at the heart of its global political and economic strategy while Europe has lacked any unified policy approach of its own. That has given China maximum leverage in negotiating with EU member countries, almost exclusively on a bilateral basis.

Greater coordination inside Europe and across the Atlantic could bring considerably more leverage to the negotiating table. The combined EU-US GDP in 2017 of more than $36 trillion was nearly triple that of China, and even the EU GDP alone of more than $17.3 trillion eclipses the $12.2 trillion of Beijing. Instead, China comes to the table with the full weight of six times more GDP than that of Italy, which next week could become the first G-7 member state to endorse China’s Belt and Road Initiative.

China has had similar leverage in the Balkans, where the European Union and the United States have had increased concerns due to its heavy investments through its 16+1 format that groups 11 Central European members of the EU with five non-EU members who may over time become candidates – Albania, Bosnia and Herzegovina, Macedonia, Montenegro and Serbia.

Johannes Hahn, the EU commissioner responsible for enlargement, recently expressed concern that the EU “overestimated Russia and underestimated China” in the Balkans. What concerns him is that heavy borrowing from China among the region’s countries could imperil their already weak economies – and more than half the $9.4 billion in Chinese investments in the region in 2016 and 2017 went to the non-EU countries of this group.

The more immediate concern next week comes in Italy, where the government may sign a leaked memorandum of understanding with China regarding its Belt and Road Initiative, and cooperate in the development of “roads, railways, bridges, civil aviation, ports, energy and telecommunications.”

Italy wouldn’t be the first EU country to sign a BRI deal with China, but it has attracted the most attention because it would be the largest to do so, it is a founding member of the EU, and it is a member of the G7. The agreement would also happen despite disagreements within the Italian government (the foreign ministry is reported to have been cut out) and misgivings among other EU countries. It would happen shortly before an EU-China leaders’ summit on April 9.

At a time when the U.S. should be working more closely with the EU to frame a unified transatlantic approach to China, the atmosphere is instead colored by mistrust.

European leaders worry about President Trump’s indications that he might change his approach toward Huawei as a security threat if China compromises on trade, including an intervention in the potential extradition and prosecution of the Huawei CFO.

The Germans chafed at a letter made public last week from U.S. Ambassador to Germany Richard Grenell to German Economy Minister Peter Altmaier. It stated that U.S. intelligence cooperation with Germany would suffer if the German government allowed Huawei into its 5G networks.

President Xi’s visit to Europe, and then again on April 9 for an EU Summit, should trigger what ought to have happened long ago. The European Union needs a coherent strategy toward China that will unite its members. The United States needs to develop a similar strategy of its own, then join transatlantic talks to galvanize democracies to confront what the EU itself called a “systemic rival.”

The urgent need for a common approach to China should, excuse the term, trump other transatlantic differences.

Image: Chinese President Xi Jinping attended the second plenary session of the National People's Congress at the Great Hall of the People in Beijing, China, on March 8. (Reuters/Thomas Peter)