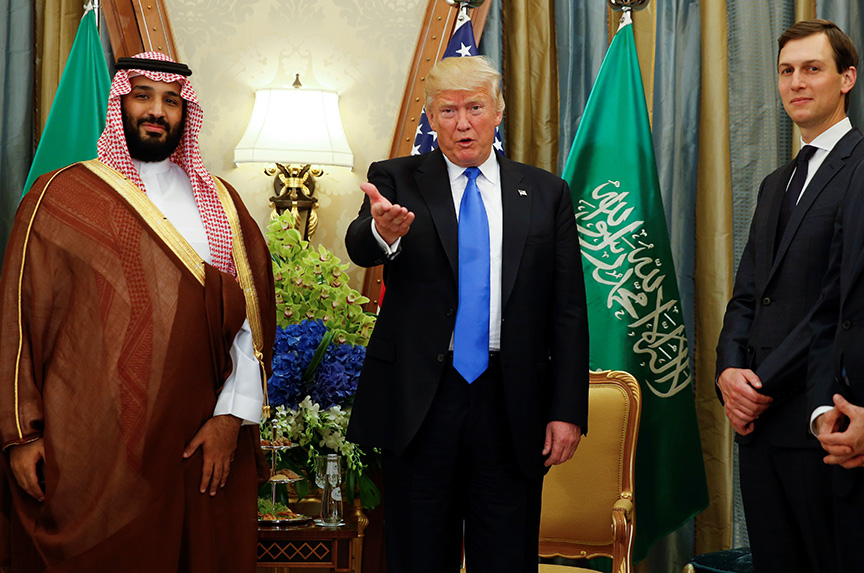 Dubai, United Arab Emirates—Even in a region that specializes in nightmare scenarios, the “war game” below got my attention because it falls within the realm of the possible and the horrible.

What makes it even more explosive is the context. The toxic aftermath of Saudi journalist Jamal Khashoggi’s murder has got allies feuding, adversaries scheming and competitors jockeying for influence among Muslims globally.

One possible outcome in the below scenario is the worst regional war the Middle East has seen. Another could be a historic rupture in US relations with Saudi Arabia.

A Middle Eastern government analyst, when asked what risk keeps him awake at night, frames the scenario this way:

Iranian-backed Houthi militia in Yemen break a fragile ceasefire with a missile launched at Riyadh, the Saudi capital. Unlike so many before it, this missile slips through Saudi air defenses and lands on a shopping mall in early evening, the busiest time of the day.

The strike takes mass casualties and sets off panic.

Saudi Crown Prince Mohammed bin Salman, already rattled by US and European backlash from the Khashoggi killing, blames Teheran for the attack, knows he must respond, but is unsure what allies he can count on. Advisers argue he must strike Iran itself, given the scale of the carnage, the pointlessness of striking targets in Yemen, and questions swirling about his leadership.

However, he lacks the offensive and defensive wherewithal for a sustained war with Iran. He considers two options: a secure call to President Donald Trump to request he join his Saudi Allies against their common foe. Or, alternatively, the Saudi Air Force strikes Iran, provoking a counterstrike that it hopes will bring American allies into the fighting.

In either case, the US President is left to decide: double-down on a tainted ally or stand aside and risk those consequences.

This is just one of many worst-case scenarios that experts in the region are discussing as potential “aftershocks” from the Khashoggi killing.

What US allies worry about most are the consequences of understandable US and European reaction to the murder –  brutal, foolish and irresponsible as it was – that disregards the risk of weakening US alliances, strengthening the already growing role of China and Russia, and fueling pan-Islamist momentum.

Most of all, they worry about a slowing or even a reversal of moves over the last two years by the Saudi Crown Prince to turn his kingdom against the support and financing of Islamist extremism that was in no small part a result of previous Saudi leadership.

The ongoing Saudi affair highlights a historic tension in US foreign policy between American values and interests. Without its values as a guide, the United States loses its unique attraction as a global power. Yet values alone would have failed to win the Cold War against the Soviet Union – and will likely fail now in the Middle East as well.

The Wall Street Journal Editorial Board this week joined a chorus of criticism of President Trump’s statement this week that leaned all interests and no values.  “Ronald Reagan,” said the Wall Street Journal, “pursued a hard-line, often controversial foreign policy against Soviet Communism, but he did so with a balance of unblinkered realism and American idealism. Mr. Trump seems incapable of such balance.”

Defense Secretary James Mattis’ framing came closer to the mark: “We’re not going to apologize for our human rights stance. Nor are we going to apologize for working with Saudi Arabia when it’s necessary for the good of innocent people who are in trouble. Presidents don’t often get the freedom to work with unblemished partners.”

Indeed, an American businessman in the region explains the US dilemma through game theory. Imagine a trilateral major power contest – involving China, Russia and the United States – where one of the players is operating according to a clear set of prescribed rules while the other two parties lack such constraints.

“Over time, what is the effect on outcomes?” he asks. “You can follow your principles right off the edge.”

According to this argument, it would be better to leverage the current situation to achieve larger US aims in the region – consistent with values and interests – rather than to respond in a manner that might be satisfying over the short-term but self-defeating strategically.

In my view, the biggest prize remains keeping on course a shift from previous Saudi policies that ultimately resulted in some 3,000 deaths on 9-11 and the creation of Al-Qaeda, ISIS and the financing of mosques and schools globally that have advanced a more austere and extreme form of Islam. As long as Saudi Arabia is the custodian of the religion’s two holiest mosques, its religious direction will be decisive.

Though it is still possible the opaque Saudi system of governance will bring about a leadership transition at the top, Middle East officials I consulted this week consider it far more likely that Crown Prince Mohammed bin Salman survives and, at age 33, even serves for another few decades. If that’s so, US leaders must respond and navigate accordingly.

US policy performs best when focused on a longer term strategic purpose. In the Middle East, the approach must be on preventing any new conflicts, ending the region’s three civil wars – in Yemen, Libya and Syria – and unlocking the region’s human potential over time while opposing extremism.

The good news this past week is that, under international pressure, coalition partners Saudi Arabia and the United Arab Emirates have largely ceased offensive operations in Yemen providing hope for an end to the world’s worst humanitarian catastrophe. UN Special Envoy to Yemen Martin Griffiths spent the latter part of the week in the country laying the ground for peace talks in Sweden.

Though Crown Prince Mohammed Bin Salman can’t undo the Khashoggi crime, he could refocus Western thinking over time by redoubling his efforts to reform Saudi society, not only providing women more rights but also releasing from prison the activists he recently arrested.

For starters, Western and Middle Eastern leaders need to avoid worst outcomes in the region. Even better would be to leverage the crisis to achieve some good.