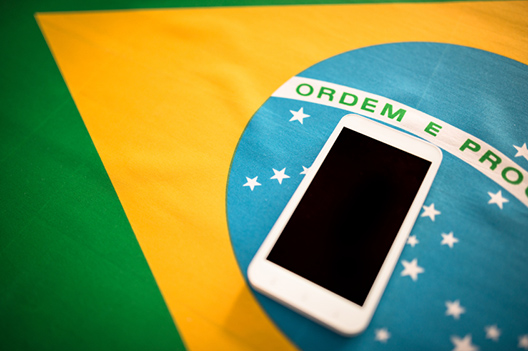 It’s a whole new world this election year in Brazil. Campaigning means communication, and Brazilians today are communicating much more and very differently than during the 2010 presidential election.

Social media has found fertile ground in Brazil. It has been said that Brazilians are natural born communicators and love to socialize. Facebook, Twitter, and other social media platforms claim Brazilians as their most numerous and frequent users. The numbers keep growing. Facebook users inside the country have mushroomed from 6 million users in 2010 to 83 million users today.

On top of that, and more importantly, 2014 will be an eventful year in Brazil. The country hosts the World Cup and will face street protests, a tough election.  These events will certainly generate a social media frenzy and excellent opportunities to engage the public and win votes. The memo to campaigns and candidates: follow the trending topics and spread your message.

This year will be an unprecedented experiment in digital marketing for Brazil. There is no real track record in Brazil for digital campaigning since this will be the first general election where the Internet will play a relevant role. Political parties are getting ready for battle.

The workers Party (PT), the party in power, already has a great advantage in the effective use of digital tools because it has been active on the web for a long time. The opposition, however, is finally trying to catch up.

Brazil’s strict campaign regulations are not yet enforced on the web, so digital teams and strategies are being tested. So far though, we are seeing more exchange of fire than exchange of ideas.

I think this is the wrong track. Polls show a growing sense of frustration with politicians and politics in Brazil, and people don’t want more of the same. There is room to renovate and room to innovate, to move from political marketing to public marketing.

Nizan Guanaes is one of Brazil’s leading communications entrepreneurs and is Partner and Founder, Grupo ABC.