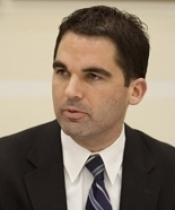 Question: What do the results suggest about the level of support for the president, the opposition and where the country may be headed? Is a big change likely to come about in Venezuela in 2014?

Chavismo may have won the popular vote in the December 8 municipal elections, but the opposition can rightly claim its own electoral win. Still, the ballot box yet again showed an increasingly fragmented country headed down an uncharted path.

President Nicolás Maduro may be publicly pointing to the six percentage point national advantage as an affirmation of the eight months since elected president. But the truth is far from it; a closer look reveals the strength of the opposition. The Mesade Unidad Democratica(MUD) made important advances in key cities—winning in Caracas and in another seven state capitals—and showed that the urban electorate is increasingly clamoring for change.

These opposition victories come despite being dealt a hand heavily stacked against it. As in past electoral contests, the government was firmly in control of all levers of power—denying opposition candidates fair access to media, stifling their ability to hold rallies, and sowing fear that an opposition vote could result in loss of a government job or handout.

Pre-election polling revealed a possible strong showing by the opposition even with these tactics. At 54 percent inflation, the economy is in a tailspin. Venezuelans fear hyperinflation. Thus, one month before the election, Maduro began to roll-out the first in a series of populist economic moves to regulate the prices of everything from electronics to toys.

This may have boosted his short-term popularity—and helped the PSUV win the national contest—but tough times are ahead. On election night, Maduro promised to now go after the housing and food sectors “with guns blazing.” He is weak within his party and lacks the legitimacy of his predecessor among the people. With a devaluation looming, the question now is where does he draw the line to maintain his grip on power.