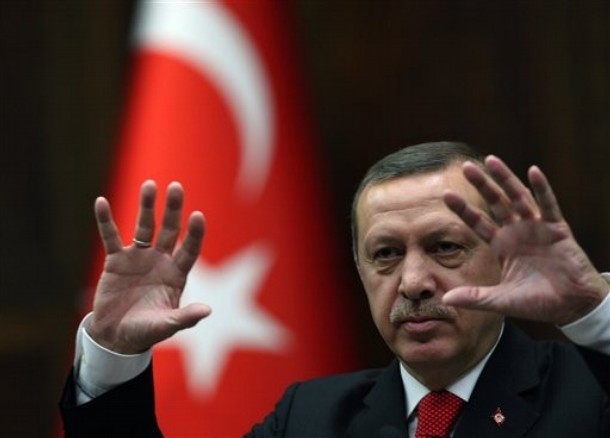 War is messy and unpredictable–on the diplomatic battlefield as much as the kinetic one.

Relations were so tense during alliance meetings in Brussels yesterday, reports the FT, “that the French and German ambassadors to NATO walked out of a meeting of the North Atlantic Council, the alliance’s decision-making body, after Anders Fogh Rasmussen, secretary general, criticized Paris for impeding NATO involvement and Germany for not actively participating.”

For its own reasons, Turkey joined the blockade of any consensus-driven NATO decision to take over the military command-and-control in Libya. It didn’t help that French leader Nicolas Sarkozy didn’t invite the Turks to join his meeting on Libya in Paris, which included all other non-European Union NATO countries, including Norway. But President Obama has been on the phone with Prime Minister Recep Erdogan, expressing gratitude for his humanitarian efforts in Libya, including his role in the release of four New York Times journalists who had been arrested, and may have persuaded him to at least not stand in the way; we’ll know for sure after today’s NAC meeting of the North Atlantic Council in Brussels.

Germany, too, has been a vocal opponent of the intervention, with Foreign Minister Guido Westerwelle continuing to issue defiant statements. But Germany, currently serving a two year rotating term on the UN Security Council, pointedly abstained rather than voting against Resolution 1973. But we must remember that Germany is governed by an uneasy coalition, with Westerwelle representing the recalcitrant FDP and Chancellor Angela Merkel leading the more hawkish CDU. It’s notable that Westerwelle’s predecessor, Joscha Fischer, published a scathing editorial in Sueddeutsche Zeitung calling the abstention a “scandalous mistake” that likely cost Germany any chance of a coveted permanent seat on the Security Council.  He added, it is “naive to think the most populous and strongest state in the EU can stay out (of a military-humanitarian intervention in Libya).” My guess is that Merkel will heed this warning and not block NATO action.

As of this writing, the NAC has agreed to enforcing the arms embargo by sea and for a very limited no-fly zone support plan. So things are moving. But there is still no clarity in the command for the overall operation.

Some Obama administration officials, after coming back from the Lisbon alliance summit late last year, were aglow about the possibilities of alliance renewal, to be crowned at a grand NATO summit on this side of the Pond in the summer of 2012. (The summit’s timing amid the American presidential campaign was intentional.)

For the moment, however, Obama faces the frustrations of managing a NATO in crisis–a problem that has haunted so many of his predecessors. Yet NATO has ever only been as good as American leadership, and in the run-up to this engagement the U.S. had sent its allies confusing signals. Defense Secretary Robert Gates clearly stated his opposition to intervention, and Obama was similarly reluctant, only to reverse course later by approving intervention and then calling for NATO to take the military lead following an initial air campaign.

NATO allies also get an uncomfortable feeling of déjà vu when they hear an American leader publicly call for regime change, which Obama repeated yesterday during his Latin American tour, without specifying exactly how it would come about. As when President George H.W. Bush said “this will not stand” following the August 1990 Iraqi invasion of Kuwait, that obligates Obama also to make it happen?   Bush Sr. was more careful to avoid promises that went beyond international consensus of that time.

Yet a NATO solution is available. Senior French analyst Francois Heisbourg told Reuters that the best outcome would be to have NATO handle military coordination but hand political decisions to an ad hoc council of states participating in the coalition, including Arab countries. "If Turkey sticks to its line, that would rule out a NATO role either politically and militarily," Heisbourg told Reuters. "If it lifts its objection, France would favor having NATO do the operational military coordination but not the political conduct of operations."

However, Obama will also quickly learn that wherever the U.S. goes it is over time dragged into leading. It may not be what he wants, but it will be hard to avoid.

Fred Kempe is president and CEO of the Atlantic Council. His latest book, Berlin 1961, will be available May 10. Photo Credit: AP.