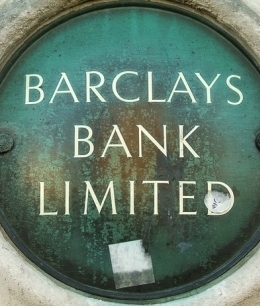 
And then there was one
While the interim injunction was cause for celebration for Somalis whose livelihoods depend on remittances from diaspora populations, it is a band-aid at best. Barclays is the last-standing Western bank to host accounts for Somali money transfer organizations (MTOs; also known as “value transfer systems,” or “hawalas,” which allow remitters to send funds to or within their home countries)

In a September press release, Barclays cited “the risk of financial crime” as its primary motivation for exiting MTOs, prompting some experts to infer the bank was worried funds might make their way to terrorist groups, including the notorious al-Qaeda affiliate, al-Shabab. MTOs are attractive to malign actors, as the structure of remittance transactions allows both the origin and destination of funds to be concealed, and many self-regulating MTOs engage in compliance that barely crosses the threshold of the minimum of regulatory controls. This is particularly true in Somalia, where banks cannot effectively perform customer due diligence because the country lacks a formalized identification system. Remittances have long been seen as problematic, and came under added scrutiny after the 9/11 terror attacks. Yet fears about MTOs have often been overblown.

Immediately following the 9/11 attacks, the United States shut down a popular Somali remittance firm called al-Barakat, calling it the “quartermaster of terror” and confiscating hundreds of thousands of dollars from ordinary Somalis. But the links between al-Barakat and terrorism were never confirmed, and the US’ harsh preemptive tactics caused Somalis across the globe to feel unjustly targeted as “terrorists.”

That said, the risk that Barclays assumes by hosting MTO accounts is significant. It has little means of monitoring or regulating MTOs, but is nevertheless liable for its operators’ misconduct. Just last year, another large British bank, HSBC, was hit with a $1.9 billion fine for its lax money laundering controls.

A crisis brewing?
Remittances are the financial lifeline for Somalia. If Barclays wins the court verdict next year, regulations intended to crack down on illicit financial flows will have the unintended consequence of harming hundreds of thousands, if not millions, of impoverished Somalis. Accounting for approximately 25 percent of annual household income and providing livelihoods for an estimated 41 percent of the entire Somali population, remittances sustain the fragile growth of Somalia’s private sector while offsetting depreciatory and inflationary pressures on the Somali shilling. Ninety-five percent of the international humanitarian agencies and charities working in Somalia also rely on Dahabshiil to send and receive money in the country, preferring it for its reliability in a state where corruption is widespread.

An adverse ruling would also stretch beyond Somali borders: In the short term, it will have a devastating impact on remittance flows to nearby South Sudan and Kenya, as well as to far off India, Bangladesh, and Pakistan. In the long-term, regional and cross-border trade might also decline as capital flows slow.

Analysts also suggest that the termination of accounts by Barclays might actually encourage terrorist funding, forcing the money transfer business industry to go underground, thus creating more opportunities for fraud, terrorist financing, and money laundering. As it is, there are widespread doubts as to how much of a role the MTOs really play in financing terrorist groups. As The Economist noted recently, “Cash going to extremists in Somalia is sent in sacks by plane, not from a London suburb a few hundred dollars at a time.”

The $1 billion question
Since the collapse of the Somali state in 1991, Barclays and other foreign banks have worked with informal money transfer operations to fill the country’s banking void. Prior to 9/11, these firms had effectively served the Somali private sector’s needs. But in the post 9/11 environment, Western fears about terrorism have prompted new restrictions and raised the risk that fines or even criminal penalties will be levied on banks that do business with MTOs. These risks apply to MTOs across the board – indeed, only four of the 250 MTOs dropped by Barclays were involved in sending funds to Somalia. But the Somali MTOs are a special case: Not because they pose a bigger threat to Barclays than MTOs in Pakistan or Afghanistan, for example, but because the Somali population has no alternative means of banking. Due to the chronically tenuous security situation and a newly minted Somali government—already accused of rampant corruption—the country lacks any capacity to license and regulate domestic banks. This means that a Somali-side solution to the problem is unlikely to emerge.

Recognizing the futility of action within Somalia, the British government, led by its Departments of Treasury and International Development, has announced plans to establish a “safe corridor” for remittances from Great Britain to Somalia. The “corridor” would track financial flows sent from the UK to Somalia and follows a model developed after 9/11 to track money transformers from the UK to Pakistan. While it would not address the short-term needs of remitters from the UK, it could help to alleviate the remittance crisis in the long term.