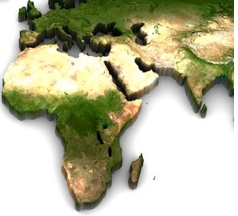 In the latest in the series of “IntelBriefs” on African security issues being produced by the Atlantic Council’s Michael S. Ansari Africa Center in partnership with the Soufan Group, an international strategic consultancy, Ansari Center Director J. Peter Pham highlights the rise of India as a key player on the African continent.

India’s role in Africa has started to garner more attention as Africa finds itself courted by multiple suitors for its energy riches, agricultural potential, and other natural resources, as well as its growing population. In this context, India’s expanding commercial and strategic engagements across Africa represent a significant move in the global geopolitical order taking shape in the early years of the twenty-first century.