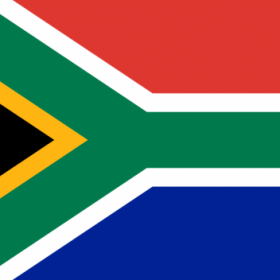 
Striking a Delicate Balance
President Jacob Zuma, in a 2009 speech honoring the peacekeeping efforts of the South African National Defense Force (SANDF), proclaimed that “[South Africa] cannot survive in isolation, as its economic development and security is linked to the continent’s stability.” Zuma has since sought to set a higher standard for continental leadership by expanding and extending deployments of peacekeepers, and bolstering the development of the African Union’s African Standby Force (ASF), set to become operational in 2015.

But Zuma’s activism in the peacekeeping arena has been constrained by longstanding political imperatives to demonstrate solidarity with Africa’s problematic cadre of revolutionary leaders (regardless of their human rights records) and to distinguish South African diplomatic and military objectives from Western, and even African Union, priorities. Unilateral military action in the Central African Republic (CAR), continued support for Robert Mugabe in Zimbabwe, and rhetorical support for “African-led” solutions suggests that adhering to UN and Western priorities may not be part of Zuma’s plan. Zuma’s remarks during President Obama’s June visit to South Africa celebrated growing African ownership of peace and security efforts, and had a defiant undertone: “Solutions that are African-led will be able to yield results.”

No Will, No Way
South Africa ranks eighth among African troop contributing countries (TCCs), behind less-democratic governments like Uganda, Rwanda, and Ethiopia—and even behind the tiny nation of Burundi, which only recently emerged from civil war and a GDP one-hundredth the size of South Africa’s. At the heart of South Africa’s underwhelming peacekeeping record is Pretoria’s reluctance to spend more money on the military. A 1999 arms deal, which provided South Africa with a superfluous supply of conventional weaponry, was financially ruinous and has depleted the budget for troop maintenance and essential peacekeeping equipment. As a result, the 62,000 strong SANDF, cobbled together from warring factions at the end of Apartheid, still lacks cohesion and increasingly suffers from a want of discipline and necessary skills. This has diminished deployment capability on complex civilian protection assignments. And since South Africa faces no immediate military threats, Pretoria has little incentive to divert funds from social priorities to improve force readiness.

Doing It with Diplomacy
South Africa has used its economic heft to entrench itself in international institutions: Pretoria has covered about 15 percent of the AU budget in recent years; it contributes more to the UN than any African nation; and so far this year has footed 20 percent of the budget for the Southern Africa Development Community (SADC). In the private sector, South Africa remains the largest developing country investor in Africa according to the UN Conference on Trade and Development’s world investment report. South Africa has deftly leveraged these contributions to political advantage, winning a non-permanent seat on the UN Security Council and turning the BRICs into “BRICS” (at first, the ubiquitous tagline referred only to Brazil, Russia, India, and China).

Zuma has managed to increase South Africa’s peacekeeping contributions on the margins, but only where obvious national interest are in play–such as South Africa’s bid for a permanent UN Security Council seat or its mining interests in war torn Central Africa, where the majority of its peacekeepers are deployed. Otherwise the contributions have been modest: Zuma has committed 1,345 troops (about a third of the total) to the new Force Intervention Brigade (FIB) operating in the Democratic Republic of Congo’s Kivu provinces and maintained the 850 South African troops supporting the AU/UN Hybrid Operation in Darfur (UNAMID).  And even so, Zuma has been obliged to create political cover by casting the interventions as acts of ”Ubuntu,” South Africa’s guiding philosophy of human kindness.

And Zuma’s rhetoric has not insulated him from public scorn, most notably in the wake of the March 25 disaster in the CAR, which the press described as South Africa’s “Black Hawk Down” moment.

Opportunity Knocks
But Zuma has assertively expanded South Africa’s military presence wherever the risk of political backlash is low. South Africans are ambivalent about launching their soldiers into sovereign African nations, but they favor the creation of African-led institutions. Hence, Zuma has been able to offer instrumental support to the nascent ASF, a 30,000-man army intended for rapid reaction to African crises. Zuma also proposed the creation of an interim force, prior to ASF’s ready date in 2015—the African Capacity for Immediate Response to Crises—which was announced this May, despite the deaths of 13 South African soldiers in CAR.

The Strategic View
South Africa has supported peacekeeping endeavors when the mission accords with national interests and public opinion. These instances have admittedly been fewer than Washington and other donor nations would like. And regardless of Zuma’s own policy preferences, growing domestic unrest, a slowing economy, and backlash from the CAR affair could limit South Africa’s forays abroad still further. Public opinion matters in South Africa, and a year after the Marikana mining massacre—one of the worst incidents of police violence since the Apartheid era—distrust and frustration with government is at a post-Apartheid high. In consequence, toleration for military adventurism is likely to hit an all-time low.