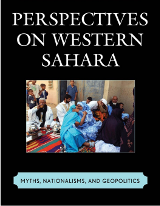 Atlantic Council Africa Center Director J. Peter Pham contributed the concluding chapter to a just-released book on Perspectives on Western Sahara: Myths, Nationalisms, and Geopolitics. Pham wrote on “A Realistic Solution to the Western Sahara Conflict” for the volume edited by Anouar Boukhars, senior fellow in the Middle East Program at the Carnegie Endowment for International Peace, and Jacques Roussellier, former spokesperson for the United Nations Mission for the Referendum in Western Sahara (MINURSO), and published by Rowman & Littlefield.

According to Pham, “For the sake of regional stability and development as well as the security and interests of the larger international community, the dispute over the Western Sahara cannot continue to be relegated to the status of a ‘forgotten conflict’ peripheral to world affairs.” However, if it is to have any chance of being viable and sustainable over time, the solution adopted “must not only respect the principles of international law, but also necessarily be founded on geopolitical reality.” Hence he cautions policymakers to bear in mind that “while Morocco without the Western Sahara is diminished, the Western Sahara without Morocco is largely wasteland—albeit one with considerable potential for mischief in a part of the world that has already amply demonstrated its vulnerability to ethnic fissures, extremist militancy, and criminal networks.”