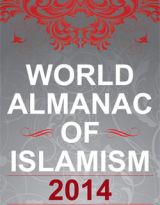 Atlantic Council Africa Center Director J. Peter Pham is the author of the reports on Islamism in Somalia, Ethiopia, and Morocco in the American Foreign Policy Council’s World Almanac of Islamism 2014, just published by Rowman & Littlefield.

The 1090-page reference volume, edited by Ilan Berman and Jeff M. Smith and now in its second edition, is a comprehensive resource focusing on the nature of the contemporary Islamist phenomenon in individual countries and regions, intended to provide an accurate picture of the rise or decline of political Islamism on a national, regional and global level. In addition to the book, the individual country reports are available online and are updated between print editions.

In his contributions, Pham noted that, despite some progress made in recent years, “the absence of a viable partner government” in Somalia has hampered efforts to root out the al-Qaeda-linked militants of al-Shabaab. In contrast, Ethiopia has been hailed by the US State Department as “a strategic partner in the Global War on Terrorism” and Morocco is “unique among Muslim states” for having “integrated Islamist political movements that oppose violence and support the constitutional order into its political process, while relentlessly prosecuting adherents to Salafist and other extremist ideologies,” with the reformist course charted by King Mohammed VI enabling Moroccans “to avoid both the revolutionary tumult and violent repression which have characterized their neighbors’ attempts to come to terms with the so-called Arab Spring.”