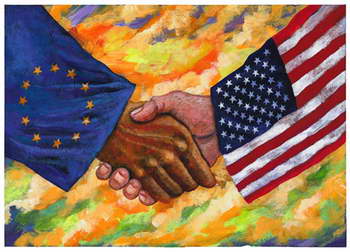 In late November, the leaders of the NATO nations will gather in Riga for “a transformation summit.” Yet, if the agenda develops as currently planned, the Alliance will not even consider a fundamental element of transformation — building a new partnership with the European Union. The failure to establish a strong relationship with the EU has contributed greatly to the intra-Alliance tensions concerning NATO’s purpose and future tasks. As the EU accelerates the development of its security and military component, the potential for overlap with NATO has grown, giving rise to confusion over the relative roles of these two institutions in the transatlantic security architecture. By failing to address this reality, NATO will leave the door open to further tension and rivalry.

The November summit provides an opportunity to reverse this course. Alliance leaders should launch a major effort to reshape nato’s relations with the European Union. At Riga, the Alliance should commission a Special Report by a select group of independent leaders and experts to identify the best way forward for NATO in building this partnership. This will require the group to address the key questions of NATO’s purpose and scope, including its geographical range and the nature of its future tasks. As with the Harmel report almost forty years ago, this study would come at a time of considerable uncertainty about the future of the Alliance. By outlining a consensus on NATO – EU relations, the report would reduce a major element of that uncertainty, allowing the NATO nations to focus on the serious tasks facing the alliance today.