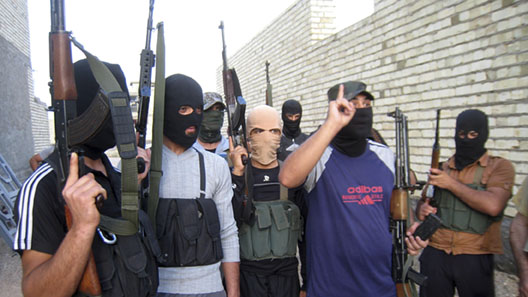 Jihadists in Iraq and Syria, led by the Islamic State of Iraq and Sham (ISIS) are capturing cities, energy assets, and military hardware daily. They now control a territory the size of Jordan and are building a state from which they aspire and are increasingly able to attack US regional interests, allies, and the United States itself.

In a new Atlantic Council Issue in Focus, “Losing Syria and Iraq to Jihadists,” Resident Fellow Faysal Itani outlines the roots and nature of the threat ISIS poses to US interests and security. He refutes the arguments that Bashar al-Assad and Nouri al-Maliki could be allies against jihadists; that extremist groups in Syria and Iraq should simply be left to fight one another; or that a narrow counterterrorism approach can eliminate the ISIS threat. Itani argues instead that the deepening sectarian extremism in Syria and Iraq is the product of fundamentally dysfunctional political orders and the weakness of ISIS’ opponents.

Only the Sunni Arab community that ISIS aims to control can defeat it and offer a healthy alternative to its sectarian bigotry. Fortunately, the United States is not short of allies against ISIS, but they include neither the Assad nor the Maliki regimes.  The United States has every interest in enabling a moderate Sunni-led victory over ISIS, one that can lay the groundwork for a fair and inclusive political order that can end ISIS once and for all.