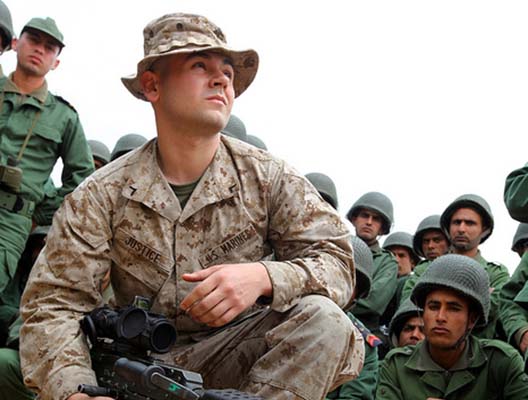 In the Africa Center’s most recent issue brief, “Morocco’s Vital Role in Northwest Africa’s Security and Development,” Director J. Peter Pham outlines the country’s increasing reengagement with Africa and its emergence as a key political, security, and economic actor integral to the continent’s future. He argues that Morocco’s willingness to shoulder the challenges in the Maghreb and the Sahel makes it an important strategic partner for the United States.

The publication comes as the White House announced last week that President Barack Obama will host King Mohammed VI on November 22. According to the statement from the White House: “This visit will highlight the long-standing friendship between the United States and Morocco and strengthen our strategic partnership… This visit is also an opportunity to increase our cooperation on addressing regional challenges, including countering violent extremism, supporting democratic transitions, and promoting economic development in the Middle East and Africa.”

Morocco’s comprehensive approach to combating violent extremism and radicalism within its borders is a model for the region. Similarly, its political, economic, social, and justice sector reforms have enabled it to steer clear of the both the revolutionary tumult and violent repression that have beset some of the kingdom’s neighbors. In recent years, alongside widened regional and international security cooperation, Morocco has also become a very significant force for development in Africa, both with the continued expansion of its financial institutions across the continent and a push by other enterprises in broad range of sectors with significant growth prospects in the coming years, including agriculture, telecommunications, pharmaceuticals, and manufacturing.

The brief argues that the United States should adopt a “triangular” approach to regional security and development efforts, leveraging Morocco’s burgeoning regional geopolitical heft. The kingdom is a designated “major non-NATO ally” (the only country in Africa aside from Egypt to have that distinction).

The Atlantic Council’s Africa Center was established in 2009 with the mission to promote strong geopolitical partnerships with African states and to redirect US and European policy priorities towards strengthening economic growth and prosperity on the continent. The Center assists policymakers in addressing the complex security challenges facing Africa, including the problems of state collapse; humanitarian crises; piracy; the growing nexus between extremism and criminality in West Africa and the Sahel; the ongoing political transitions in North Africa; ongoing challenges in Central and Southern Africa; and the growing impact of Islamist extremism on African polities and economies.

Image: A US Marine conducts a machine gun demonstration for the Royal Moroccan Armed Forces during the “African Lion” exercise in 2012. Image Credit: US Dept. of Defense, Flickr