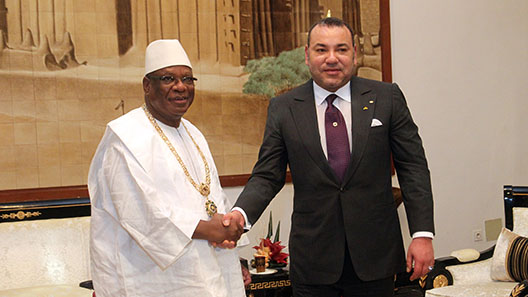 Morocco’s strong economy and political stability make it an attractive portal into Africa for US investors.

Morocco, a bastion of stability on the doorstep of an often-turbulent continent, is a rising economic power. With burgeoning economic and commercial links—across the continent and beyond—and expanding contributions to regional political stability and security, Morocco is an especially attractive portal for investment and a significant US partner in Africa, according to “Morocco’s Emergence as a Gateway to Business in Africa,” an Issue in Focus released today by the Atlantic Council.

Read the Issue in Focus (PDF)

The piece, written by Atlantic Council Africa Center Director J. Peter Pham and Nonresident Senior Fellow Ricardo René Larémont, examines how investment in Morocco is a potential solution for businesses that want to enter the African market but are wary of existing challenges. The report highlights six of Morocco’s competitive advantages:

The authors conclude by noting that despite Africa’s blossoming consumer base, attractive worker demographics, and abundant natural resources, American businesses have been reluctant to enter the African market space due to overestimations of the costs and risks associated with African corruption and lack of infrastructure. Africa is poised to become one of the world’s largest consumer markets, so American firms’ inability to operate there poses serious challenges to US long-term competitiveness.

Morocco is well-suited to serve as a bridge for American commercial diplomacy into the continent. It is a long-standing US ally and a burgeoning regional power on a critical continent, and it is in the United States’ strategic interests to further deepen economic and commercial cooperation and cultivate stronger political and security partnerships with Morocco.