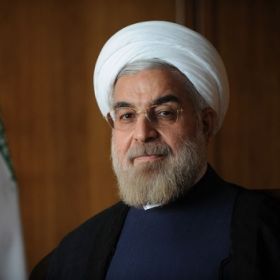 After eight turbulent years during which conservatives monopolized Iranian politics, the election of centrist cleric Hassan Rouhani on June 14, 2013, marked a new chapter in post-revolutionary Iranian politics. In the latest Iran Task Force issue brief, “Rouhani’s First One Hundred Days: Cautious Domestic Reforms and Nuclear Breakthrough,” authors Yasmin Alem and Barbara Slavin examine Rouhani’s policies through the recent nuclear deal, what the accord signals for the future of comprehensive negotiations, and what steps the United States can take to encourage more centrist policies in Iran.

Rouhani’s first one hundred days augur a presidency that is more inclusive, pragmatic, and cautious than that of his predecessors. But his administration’s fate ultimately hinges on his ability to salvage Iran’s economy, which depends on surmounting domestic and international obstacles to implementing the Geneva agreement and concluding a comprehensive accord that peacefully resolves the nuclear crisis. If these efforts succeed, Rouhani could become the most successful president in the history of the Islamic Republic. If the agreement fails, the best opportunity for progress on everything from the nuclear issue to economic and social reforms in at least a decade may be lost.

This issue brief updates an earlier article released in November, 2013.