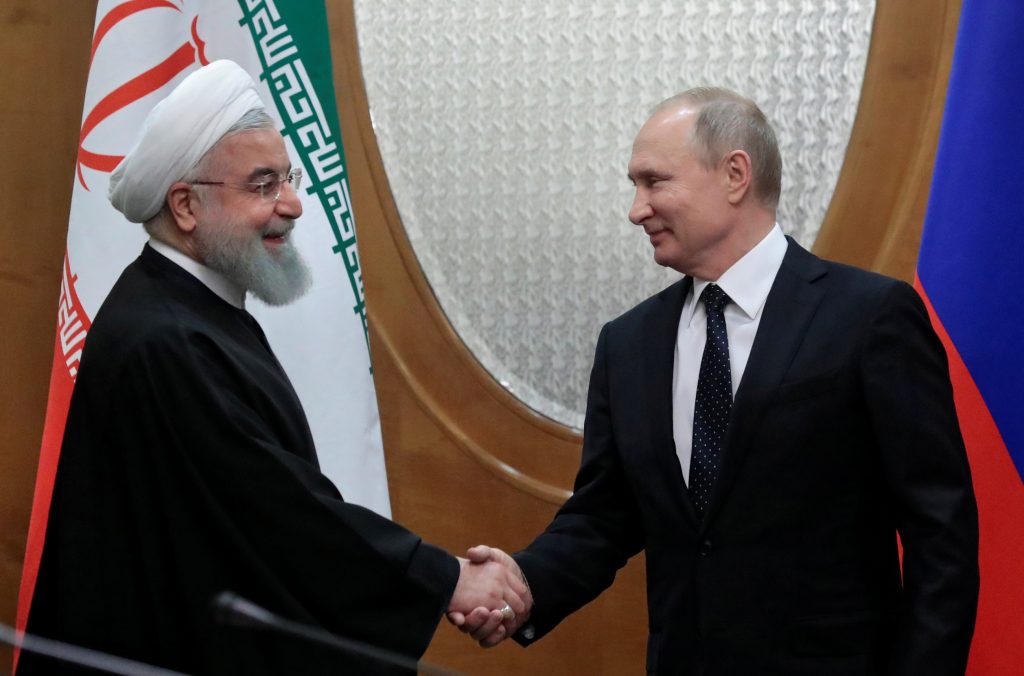 Russia and Iran are allies in Syria not out of mutual sympathy, but for pragmatic reasons. Iranian leaders were instrumental in convincing Vladimir Putin to send his air force to Syria to support Bashar al-Assad in September 2015, and the two countries cooperate within Syria to this day. However, their various differences highlight the limits of what looks like an alliance of convenience. A new report by Atlantic Council Nonresident Senior Fellow, Ambassador Michel Duclos, “Russia and Iran in Syria—a Random Partnership or an Enduring Alliance?,” analyzes these points of contention and the potential for Western diplomacy with Russia to deter Iran and bring about a negotiated settlement to the conflict.

In the short term, Russia and Iran appear to disagree on how to handle the current challenges the regime faces in Idlib and the Kurdish-dominated northeast. There is a degree of competition between the Iranians and the Russians in trying to get access to Syria’s rare economic resources, such as port access and hydrocarbons. Both countries are also jockeying for influence with the Assad regime, trying to put people close to them in key positions in the Syrian military and security forces.

In the longer term, it seems Russia and Iran do not share the same vision for Syria’s future. Russia sees a secular Syria that is somewhat decentralized, while Iran sees something closer to the Lebanese model. There is no doubt that Russia and Iran have different ideas about the regional balance of which Syria should be a part, and particularly diverge on their stance towards Israel. Ambassador Duclos’ new report investigates these tensions and the ways they might be exploited, with policy implications for Western countries.