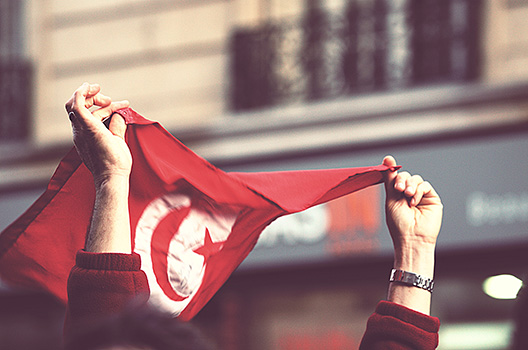 Tunisia has accomplished significant milestones, from ousting an authoritarian regime in 2011 to ushering in a fully elected government in 2015. Nonetheless, the country is still in a critical phase of its transition, balancing the challenges of governance to address pressing economic and security issues. In their Atlantic Council Issue in Focus, “Tunisia: From Elected Government to Effective Governance,” Senior Fellow Karim Mezran and Associate Director for Research Lara Talverdian discuss the tenuous political situation and offer policy recommendations for the Tunisian leadership and the international community to keep the transition on track.

In their report, the authors assess the post-revolutionary period, particularly the fall 2014 electoral climate, and explore the potential (and limits) of the coalition government that includes the winning secular Nidaa Tounes party and the grassroots-strong Islamist Ennahda party. The establishment of a national unity government has helped to temper political polarization; however, collaboration for the sake of governing can prove to be a difficult task.

Against this backdrop, and based on research and extensive interviews conducted in Tunis in April 2015, the authors argue that the country could either revert to authoritarianism or face the consequences of a weak state. Hardliners within the government inclined toward authoritarian tactics may impose their agenda to the detriment of Tunisia’s democratic consolidation; or sensitive political considerations could render the state too weak to advance a reform agenda and deliver goods and services to the public. The authors propose extensive recommendations to create an environment that enables Tunisia to overcome its obstacles and continue moving in the right trajectory.