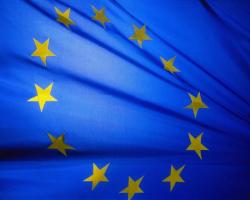 The stunning rout of the proposed EU constitution a year ago in the referenda in the Netherlands and France leads one to wonder, a year later, where Europe goes from here. One must also consider what went wrong and whether circumstances have changed, or will change, sufficiently to allow another approach to a European charter, as proposed by the European Council at their June gathering.

Various causes of the demise of the 2005 draft constitution have been assigned. Probably all of the following played some role in the failure of the referenda:

• The political elites sponsoring the draft seem to have assumed that the voters would follow their lead and did not perform the necessary missionary work with the labor unions and other interest groups, particularly those that were feeling the stagnation in the economy.

• There was broad unhappiness over the remoteness, arbitrariness, and lack of transparency in the regulatory role of the Commission and bureaucracy of the EU in making trade rules and product specifications. There is an echo here of De Gaulle’s famous complaint: “How can one govern a country that makes over 100 kinds of cheese?”

• The timing was unlucky in that the voting came at a time of a slow economy over most of Europe, which cast the issue as one of lack of confidence in the national governments.

• Former French President Giscard d’Estaing, chair of the drafting committee was the epitome of the elite mentality, noted for a politically tin ear, when a figure who could have empathized with the public’s economic pain would have been a better choice.

• The extreme length and complexity of the draft was seen by some as evidence of the remoteness of the EU leadership from the material concerns of ordinary citizens.