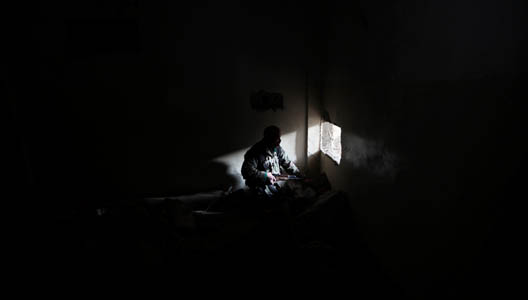 The key to ending the crisis in Syria is a better understanding of local players and power dynamics. By viewing the conflict through a local prism, the United States and its Western allies can help build a coherent, capable, and legitimate opposition, which is an essential ingredient for any political transition or even negotiations.

In a new Atlantic Council issue brief, Zooming in on Syria: Adapting US Policy to Local Realities, Resident Fellow Faysal Itani and Senior Analyst for Caerus Associates Nathaniel Rosenblatt contend that the United States has repeatedly failed to realize its goal of a political transition in Syria because of its narrow focus on summits and high-level diplomacy as the sole means of ending the conflict. Itani and Rosenblatt argue that in order to bring about such a change, there must first be a coalition of local actors inside the country who are powerful enough to fight against the Assad regime and negotiate on behalf of Syrians at the national level.

According to Itani and Rosenblatt, the ad hoc nature of the Syrian uprising and misguided support from external allies has hindered the opposition’s ability to form a civilian-military cooperative body that could ably govern and regulate military action. The rebellion’s ensuing fragmentation means there is no opposition actor with the legitimacy, agency, and capability to negotiate at international summits, such as the Geneva II negotiations, which has been the focal point of US efforts to end the crisis in Syria.

Instead, Itani and Rosenblatt argue that in order to achieve political transition, the United States’ policy aim in Syria should be focused on helping an existing rebel group or coalition defeat or absorb its competitors, dominate territory, and emerge as a credible and empowered negotiator for the opposition. This shift in policy requires that the United States:

For more information about the Atlantic Council’s Rafik Hariri Center for the Middle East and its work on Syria, please visit our Syria page. The Hariri Center brings North American and European voices together with experts from the Middle East, fostering a policy relevant dialogue about the future of the region at a historic moment of political transformation. The Hariri Center provides objective analysis and innovative policy recommendations regarding political, economic, and social change in the Arab countries, and creates communities of influence around critical issues.