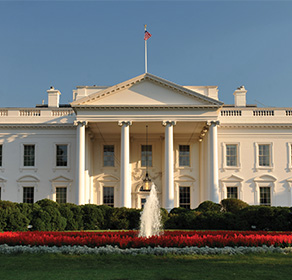 “During the Cold War, we were facing nuclear war if we screwed up. That was an incentive to get it right, to stay ahead of developments. Today, we have no strategy that covers the entire world – the changes that are coming. And there’s a lot of change going. For 500 years, we lived under Westphalian nation-state systems. But globalization has eroded borders. For the first time this world’s people are politicized, interconnected by technology. The nature of power is changing. The nature of international cooperation is changing. The nature of conflict is changing. We’re not evolving well to adapt. This world is not as dangerous as that during the Cold War, but it is much more complicated.”

There is a growing consensus that the United States has made serious mistakes in foreign and defense policy over the past two decades. These problems can be observed in the administrations of both political parties. They are rooted both in a failure to define clearly our international strategic objectives and in the poor execution of what we have pursued. These issues have been aggravated by a failure to anticipate both the direct impact and the unintended consequences of our actions. This inability to effectively execute foreign policy and manage military force projection has eroded public confidence in our government and the perception of American leadership globally.

Over the past two years, this document’s authors—Ambassadors Chester Crocker, David Miller, and Thomas Pickering; the Honorable Daniel Levin; and Chief of Staff, Colonel (sel.) Jason Kirby—personally conducted over sixty interviews with senior foreign policy, military, and intelligence officials. These officials included seven former national security advisors (NSAs), eight cabinet members and deputies, and seven three- and four-star flag officers. The report concludes that an important contributing factor to the problems stated above has been the structural and personnel failures at the National Security Council (NSC) in the management of foreign, defense, intelligence, and legal policy. An incoming president has much to be gained by establishing an effective NSC and much to lose if the NSC is poorly structured from the beginning.