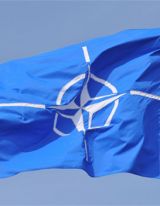 On the eve of the Chicago summit, a new Atlantic Council report argues for the enduring importance of NATO, and calls for renewed leadership from the Alliance’s members to ensure NATO’s vibrancy in the decade to come.

Published today by the Atlantic Council, Anchoring the Alliance argues that NATO is a force multiplier for the United States and remains essential to addressing the security challenges of a globalized world. R. Nicholas Burns – Atlantic Council Board director, former under secretary of state, and former US ambassador to NATO – served as the project chairman, with Atlantic Council executive vice president Damon Wilson as the project director, and International Security Program deputy director Jeff Lightfoot served as rapporteur. In the report, Burns argues that for NATO to remain central in the coming decade, the United States will have to provide strong leadership of the Alliance, Europe must maintain its aspirations for global leadership, and the Alliance as a whole must strengthen its engagement with global partners.

The report also calls for greater leadership from individual members of the Alliance. While all NATO members have unique and essential contributions to make, “the responsibility for NATO’s future vitality falls disproportionately heavily on the United States, Germany, France, the United Kingdom, and Turkey, and the steps they now take toward recommitting to the Alliance.”

The report outlines ways in which individual members can assert leadership within the Alliance. Some highlights include:

“If we didn’t have NATO in 2012, we would still want an organization exactly like it,” Ambassador Burns said at the report’s launch at the Atlantic Council today. “NATO really matters.”

The Atlantic Council’s International Security Program shapes and influences the debate on international security by facilitating dialogue through critical analysis and policy-relevant programming concerning the greatest security challenges facing the United States and the transatlantic community.