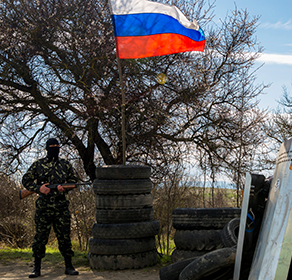 It has been more than two years since the European Union (EU) and the United States imposed economic sanctions on Russia for its aggression in Ukraine. For some of the measures that is time enough to evaluate effectiveness. “The sanctions’ greatest achievement is that they have been an important demonstration of transatlantic unity. Still, there are intermediate goals, not simply full compliance, that this report considers: to contain Russia’s adventurism and to craft a cautionary tale in which Russia pays a high price for—and the West takes a principled stand against—the Kremlin’s violation of international law and its neighbor’s sovereignty,” writes Dr. Sergey Aleksashenko, author of Evaluating Western Sanctions on Russia, a new report from the Atlantic Council’s Dinu Patriciu Eurasia Center and the Global Business and Economics Program.

Russia and the West are locked in the biggest geopolitical conflict since the Cuban Missile Crisis. Although there is little immediate threat that this conflict will heat up, we must not be content to maintain the status quo in eastern Ukraine, which could have profound implications for the global security system. Evaluating Western Sanctions on Russia presents a detailed and sober analysis of the effects of Western sanctions on the Russian economy, policy, and relations with the West.