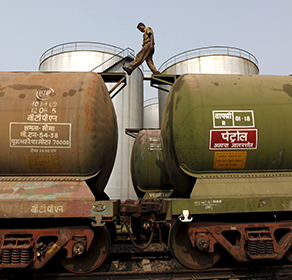 India’s economy is increasing at the fastest rate in the world, now making it the globe’s third largest user of crude oil. While India is benefiting from the low oil prices seen since mid-2014, it has precious few oil and gas resources of its own and will remain highly dependent on imports.

India is now a large exporter of products like gasoline and diesel fuels because it has built a very large refining capacity, which ultimately renders its need for crude oil more pressing. India has tried to diversify its sources of crude oil, but due to its proximity to the Gulf, it still relies a great deal on Saudi Arabia, Iran, and Iraq as its major suppliers, while Qatar provides most of its natural gas needs.

This paper examines in some detail the present crude oil and natural gas situation in India and the role played by the Gulf producers, especially Iran and Saudi Arabia.