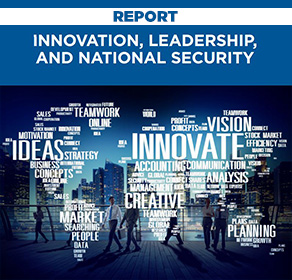 Innovation will be a crucial requirement for US leadership and national security in the twenty-first century. The United States faces an era of global competition across all elements of national power. In the economic arena, American domination has necessarily been comparatively receding as the world continues to develop. Militarily, challenges have expanded geographically and qualitatively as multi-polarity and diffusion of power increases the number of capable state and nonstate actors. Diplomacy has become more complex as information capabilities are available throughout the world, populaces are more engaged, and there are strong ideological challenges to the Western, liberal rules-based model. The United States is still the most powerful nation, but maintaining successful leadership and strong national security will require the United States to build on and enhance its existing strengths. A crucial element of that requirement will be the capacity to innovate regularly and effectively. Innovation will be a prerequisite to leadership across all elements of national power.

This report proposes that both the US government and the American private sector take significant steps to encourage innovation beyond what the United States, already an innovative society, has successfully accomplished. The key elements will be enhanced development of the “cluster model” for innovation, which engages the public, private, and nonprofit sectors jointly; greater government focus on innovation; increased support for innovation by corporations; expanding the spectrum of entrepreneurs; and maintaining the diversity of ideas and approaches necessary for innovation while expanding the synergies between and among the multiple elements of the innovation landscape, including increasing the permeability between the national security agencies and the private sector.