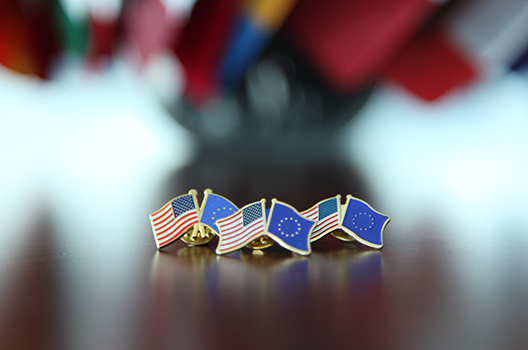 After more than three years of negotiations to forge a Transatlantic Trade and Investment Partnership (TTIP), many elements of the agreement are still far from settled. However, it is possible to reach agreement in 2016. The negotiators are determined, and there is mounting awareness that an agreement that underscores the importance of the transatlantic economic relationship and strengthens the strategic relationship between the European Union (EU) and the United States is needed.

There is ample rhetoric in the media about TTIP that is, by and large, characterized by a vocal minority with nationalistic, anti-TTIP sentiments, reflecting fear and rejection that dominates over the quieter, but still strong backing from the business communities.

The voice that has not been heard yet is that of the EU diplomatic community in Washington, DC, which has a unique perspective on the intricacies and depth of the transatlantic political, economic, and security relationship that is at the core of TTIP. While representing their countries in the United States, they have broad insight into both public opinion in their own countries and on this side of the pond, which allows them to have a unique, transatlantic view of the issue at hand. It is their perspective that is analyzed by Andrea Montanino, director of the Global Business & Economics Program, and Marie Kasperek, assistant director the Global Business & Economics Program, in this new EuroGrowth publication, “LAST CALL FOR TTIP—The Views of European Diplomats in Washington.”

This publication is based on a survey that was distributed to the ambassadors of the European Union in Washington, DC. The findings and analysis of the survey highlight the possibility of concluding the agreement, the public support for it, the political and diplomatic issues surrounding it, and the expected impact it could have on the economies of the European member states.

The authors of this publication call for a concerted effort from the public sector, as well as from the private sector, to inform and educate the European public about the benefits of TTIP. Organizing regional and local debates, leveraging blogs and social media outlets such as Twitter, YouTube, and Instagram could help make the potential benefits of TTIP for the average citizen more widely known. Public support will be essential for successful ratification through the legislative bodies of the European Union and its member states.

Key Findings:
-TTIP is among the top three most important issues in diplomatic relations with the United States.
-The increasing amount of publicly available material on TTIP is not yet sufficiently used as a resource by the public.
-With a majority of citizens still uninformed or uninterested in TTIP (61 percent), the need to inform and convince this majority about the benefits of TTIP are immense.
-There is a great deal of work to be done at the European, regional, and member-state levels to inform, engage, and enthuse citizens about TTIP.
-Reaching a final TTIP agreement before the end of US President Barack Obama’s term is seen as possible or very likely by a majority of the respondents. Only 44 percent see an agreement by the end of 2016 as unlikely.
-Dispute resolution/investor-state dispute settlement is seen as the main roadblock to concluding TTIP negotiations.