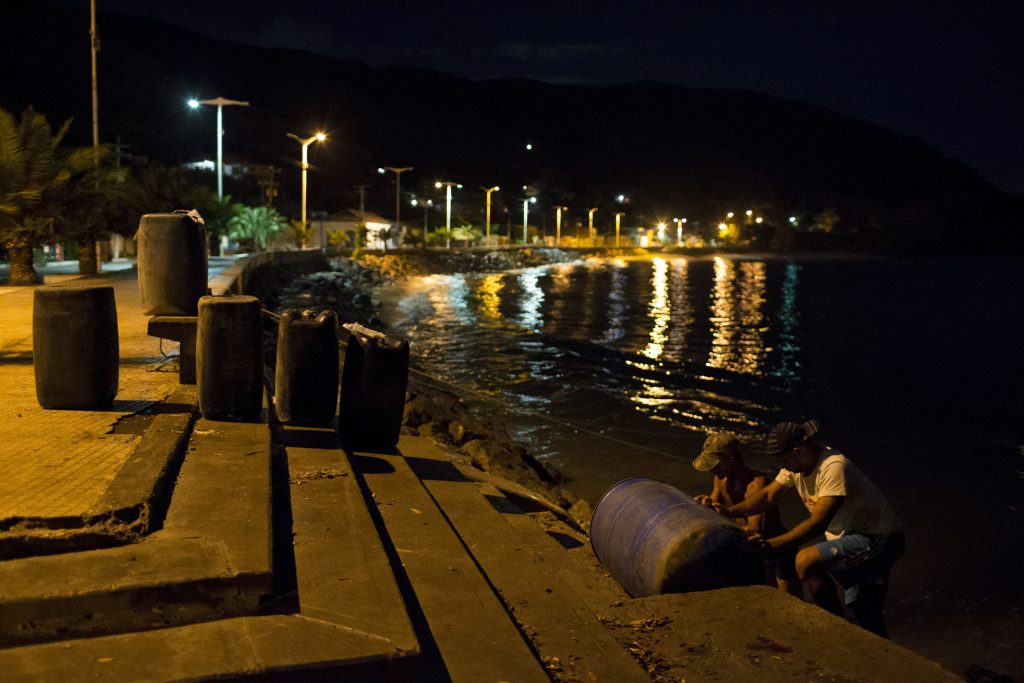 Men carry containers filled with gasoline in the bay of Rio Caribe, a town in the eastern state of Sucre, Venezuela October 30, 2015. Driven by a deepening economic crisis, smuggling across Venezuela’s land and maritime borders—as well as illicit domestic trading—has accelerated to unprecedented levels and is transforming Venzuelan society. Although smuggling has a centuries-old history here, the socialist government’s generous subsidies and a currency collapse have given it a dramatic new impetus. Picture taken October 30, 2015. REUTERS/Carlos Garcia Rawlins

Oil and fuel theft is a significant global phenomenon, accounting for tens, if not hundreds, of billions of dollars annually. It typically takes place in the maritime domain, as oil tankers account for a fourth of global trade and law enforcement control over maritime spaces is often lacking. In their report, Oil on the water: Illicit hydrocarbons activity in the maritime domain, GEC Senior Fellow Dr. Ian Ralby and I.R. Consilium Head of Research and Analysis Dr. David Soud examine the modalities of maritime hydrocarbons crime around the world.

The authors identify several types of hydrocarbons crime, including small-scale smuggling of subsidized fuel across borders, the hijacking of oil tankers to steal or ransom their cargo, and government corruption in the issuance of drilling licenses. The effects of oil theft are severe, as states lose critical revenues and suffer from government corruption. In many cases, oil theft is also linked with other crimes, most notably drug and human trafficking. To more effectively combat hydrocarbons crime, the authors make a number of recommendations regarding issues such as law enforcement agencies and approaches, legal frameworks, and the effective use of technology.