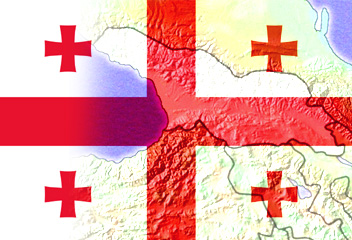 This report recommends a package of immediate measures to the Georgian and Abkhaz sides to prevent the escalation of violence. As part of a multi-year strategy, it also suggests steps that Georgians, Abkhaz, and international stakeholders can take to lay the ground for future negotiations. In addition, the report proposes a diplomatic initiative by the United States and the European Union (EU) that would restore Georgia’s sovereignty, while preserving the interests of Abkhaz.

This report evaluates the international community’s response to the conflict in Abkhazia. It recommends a package of immediate measures to the Georgian and Abkhaz sides to prevent the escalation of violence. As part of a multi-year strategy, it also suggests steps that Georgians, Abkhaz, and international stakeholders can take to lay the ground for future negotiations. In addition, the report proposes a diplomatic initiative by the United States and the European Union (EU) that would restore Georgia’s sovereignty, while preserving the interests of Abkhaz.

The immediate priority is mitigating conflict. Russia’s recent actions, however, have brought Russia and Georgia to the brink of war. The United States and key European allies should strongly urge Russia to reverse its decision establishing legal ties to Abkhazia and South Ossetia and to withdraw its paratroopers. Western allies should also publicly affirmthat recognition, de-facto annexation of Abkhazia, or acts of war constitute a line that Russia must not cross.

If Russia crosses this line, the EU should suspend its negotiations with Russia on a Partnership and Cooperation Agreement (PCA), revoke its visa facilitation regime for Russians, and impose sanctions on Russian businesses investing in Abkhazia.

The United States and the North Atlantic Treaty Organization (NATO) can show solidarity with Georgia by conducting joint military training exercises with the Georgian armed forces, and by including Georgia’s Membership Action Plan (MAP) on the agenda of NATO’s upcoming ministerial meeting in December 2008. NATO should extend its Combat Air Patrol to prevent further violation of Georgian air space by Russian war planes.

Russia cannot be a mediator if it is a party to the conflict. Therefore, the United States should withdraw from the “Friends Group” — where Russia acts as facilitator — and steward its transformation into a Contact Group including some countries from the Friends Group, the so-called New Group of Friends, and other countries with good intentions.

Tensions can be immediately reduced by:

–         Dialing Down the Rhetoric: Georgia should pledge not to use force against Abkhazia. Abkhaz leaders should also pledge no first use of force, open crossings to and from Abkhazia, and agree to facilitate the phased return of persons displaced by the Georgian-Abkhaz conflict.

–         Composing a New Security Force for North Kodori:The government of Georgia (GoG) should invite countries from the New Group of Friends to replace Georgian police with a temporary International Police Force for North Abkhazia whose rotation would be monitored by United Nations Observer Mission in Georgia (UNOMIG) and Abkhaz inspectors. Establishing an international police force would have the effect of eliminating the Abkhaz excuse not to negotiate. (Georgian security forces would depart once the international security force is fully deployed).

–         Continuing Direct Talks: Discussions between GoG officials and Abkhaz representatives should continue as a follow-up to meetings in Sukhumi and Stockholm in May and June 2008. Meetings could be upgraded to negotiations pending progress.

–         Expanding the Autonomy Proposal: The GoG should identify specific power-sharing arrangements and enumerate measures to protect and promote group and minority rights as a follow-up to President Mikheil Saakashvili’s offer of “unlimited autonomy” (April 2008).

The ongoing plight of refugees and Internally Displaced Persons (IDPs) is a source of great tension. To address this problem, the United States and European countries should urge Russia to redeploy its peacekeepers from the Gali and Ochamchire districts and allow international civilian police (CIVPOL) to steward the phased and voluntary return of IDPs. Russia and Abkhaz authorities adamantly oppose returns. They might view the situation differently, however, if the GoG pledged to annul the Russian-led peacekeeping operation (as allowed under the 1994 Moscow Agreement on Ceasefire and Separation of Forces[i] and the 2003 Sochi Agreement[ii])unless peacekeepers were replaced by international police in Gali and Ochamchire.

In addition to the package of conflict mitigation measures described above, the GoG and the international community should take steps over the next two to three years to address the following basic elements of the conflict, thus changing the dynamics of future negotiations.

–         Manage returns by resuming work of the Joint Fact-Finding Group (JFFG) on collaborative law enforcement and UN-led Quadripartite Meetings (QPMs) on IDPs. This effort should be fast-tracked if there is an agreement to replace peacekeepers in the Gali and Ochamchire districts with an international police force.

–         Survey IDPs to determine whether they want to go back to their homes or whether, as a last resort, they prefer to resettle with compensation.

–         Improve the living conditions of the most vulnerable IDPs and, if they choose to resettle, assist with relocation, livelihoods, and social services.

–         Implement the IDP Action Plan, which should be adopted by the GoG at the earliest possible opportunity.

–         Consolidate democracy through greater parliamentary debate and public input into reform measures, as well as increased participation and accountability at all levels of government. Donors should focus on democracy, not just state-building for Georgia.

–          Make Georgia vibrant and economically attractive so that Abkhaz and Ossetians would gain materially from being a part of it.

–          Develop a reconstruction and development plan for Abkhazia led by the GoG with assistance from private experts and donor countries, and bolstered by international financial institutions (IFIs).

–         Foster trade relations between Georgia and Russia by encouraging Russia’s membership in the World Trade Organization (WTO) once the Roki and Psou checkpoints are placed under Georgia’s control.

–         Ensure that Abkhaz traveling with Georgian passports benefit from the EU’s pending approval of the visa facilitation regime, and inform Abkhaz of the travel opportunity through a public information campaign.

–         Involve Abkhaz in international exchange programs such as International Research and Exchanges Board (IREX), Fulbright scholarships, and the International Visitors Program, even if they refuse to travel under a Georgian passport.

–         Expand CIVPOL’s Community Police Training Program as a step toward joint activities related to humanitarian issues. Personnel would come from several countries, including Serbia, which has police capacity and good relations with Russia.

–         Urge Abkhaz authorities to reign in militias and make sure that local police meet standards of law and order.

While these measures may establish positive trends, comprehensive peace requires Moscow to make the strategic decision that resolution is in Russia’s interest. If Russia is a major part of the problem, it must also be a part of the solution.

The approaching 2014 Winter Olympics in Sochi — just 35 kilometers from the Abkhaz border — could help motivate the parties to reach a mutually acceptable diplomatic solution. Before engaging Russia, however, the United States must undertake the difficult diplomacy of bringing Europe on board. The United States and the EU must recognize the urgent need for collaborative diplomacy and agree to a joint approach before sending an envoy to Moscow to make the case that a stable and sovereign Georgia is in Russia’s interest. The envoy should enumerate specific rewards if Russia uses its leverage in Abkhazia to deliver an agreement, such as:

–         The international community will accelerate Russia’s admission to the Organization for Economic Cooperation and Development (OECD).

–         The U.S. Congress will withdraw Jackson-Vanik, thereby waiving the annual requirement for renewal of Most Favored Nation (MFN) trading status.

–         The North Atlantic Council will affirm that NATO forces will not be used to assert Georgian control over Abkhazia.[iv]

If Russia continues to undermine Georgia’s sovereignty, however, the envoy must also make it clear that the international community is prepared to act in concert so that Russia pays a steep price. Following are possible measures:

–         Western countries will condition their participation in the 2014 Sochi Olympics and call on the International Olympics Committee to review Russia’s compliance with host country standards of conduct.

–         The EU will impose sanctions on Russian firms illegally investing in Abkhazia. It could also suspend the visa facilitation regime for Russians, as well as talks on the PCA.

–         NATO will affirm its commitment to a MAP for Georgia. NATO will also extend its Combat Air Patrol to Georgia and expand NATO exercises in Georgia.

–         The United States will strengthen its bilateral security cooperation with Georgia by dispatching the Secretary of Defense and the Chairman of the Joint Chiefs of Staff to Tbilisi and reviewing Georgia’s military hardware requirements in the context of annual U.S.-Georgia National Defense Talks.

–         The GoG will annul the Russian-led peacekeeping operation (PKO); if Russia then refuses to withdraw, its troops will remain not as a peacekeeping force but as an occupation army.

Once Russia recognizes that it is at a fork in the road and takes the prudent path of cooperation over confrontation, the United States, Russia, the EU, and the United Nations (UN) would co-chair a Dayton-style negotiation until the following deal points are agreed:

–         Status:The GoG and Abkhaz authorities will agree on a constitutional arrangement addressing status while upholding their respective core interests.

–         Humanitarian: Large scale humanitarian and development assistance will create conditions so that refugees and IDPs may voluntarily return to their homes across Abkhazia, or opt for resettlement and compensation.

–         Development: International donors will work with the GoG and Abkhaz authorities to develop a plan for relief, rehabilitation, and reconstruction across Georgia, with special emphasis on Abkhazia.

–         Internationalization:An array of processes and institutions will be created, enabling Abkhazia to forge links with the international community.

–         Implementation: A Peace Implementation Council (PIC) will ensure that benchmarks and timetables are met. It will include the co-chairs who will be responsible for guarantees and peace implementation.

There are serious obstacles to achieving of the comprehensive peace plan proposed in this report. It should be an urgent priority for the United States and Europe to act on this together and, to this end, U.S. leadership is indispensable. Forging transatlantic cooperation will be difficult, especially during the waning months of the Bush administration. Moreover, the United States and Europe will only be fully motivated when they recognize that the issue of Abkhazia is of first-order significance. The situation is just too dangerous to ignore given its volatility, as well as the strategic and humanitarian consequences of war.
Russia must be convinced that the West is serious about using carrots and sticks to realize a diplomatic solution. Moscow currently believes that it can get the rewards described in this report without changing its approach to Abkhazia. What Russia really wants is for Georgia to forgo its NATO aspirations. This report does not endorse a trade-off between Georgia’s MAP and Russia’s helpful role in Abkhazia. The author strongly believes that aggression must not be rewarded. Only Georgia’s leadership can balance priorities to realize Georgia’s primary objectives: a MAP leading to NATO membership and restoration of sovereignty in Abkhazia and South Ossetia, which will require Russia’s assistance.

[i] “Agreement on a Ceasefire and Separation of Forces,” Moscow, May 14, 1994. The mandate of the collective CIS operation is also stipulated in the August 22, 1994, “Decision of the Council of the CIS Heads of State on Usage of Collective Forces to Maintain Peace in the Conflict Zone of Georgia-Abkhaz.”

[ii] The CIS heads of state regularly extended the mandate until 2003, when Presidents Putin and Shevardnadze agreed to continue the mission until one of the sides to the conflict requests withdrawal. “Final Statement on Meeting of the President of the Russian Federation Mr. V. Putin and the President of Georgia Mr. E. Shevardnadze,” March 7, 2003. The CIS heads of state endorsed the decision as well; see “Decision of the Council of the CIS Heads of State on Extension of the Mandate of Peacekeeping Operation in the Conflict Zone in Abkhazia, Republic of Georgia,” March 22, 2003.

[iii] Assumption: The Larsi, Roki, and Psou checkpoints are placed under Georgia’s control.

[iv] Assumption: Georgia will be in MAP by the time a diplomatic initiative is launched.