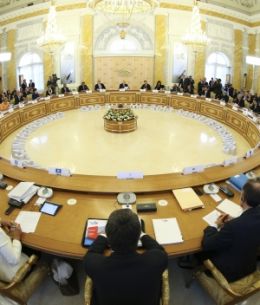 Since the last report on this topic—The Danger of Divergence: Transatlantic Cooperation on Financial Reform, published in 2010 by the Atlantic Council and Thomson Reuters—the United States and Europe have worked to translate an ever-growing body of international financial regulations into legally binding domestic regulations. Although this process has been largely harmonious and remarkably consistent, American and European regulatory practices have diverged in several crucial areas. The report seeks to explain in one accessible and wide-ranging document where some of the most important technical challenges lie and how differences can create risks of both regulatory arbitrage and undermine the global economy.

This report examines the sources, risks and costs of divergence in transatlantic financial regulation and calls on the United States and European Union to reenergize efforts to coordinate implementation of the G20 regulatory agenda announced by world leaders in the wake of the 2008 crisis. It also suggests productive ways with which to promote transatlantic standards in a world where EU-US cooperation will be more important than ever in exporting shared regulatory preferences to the rest of the world.