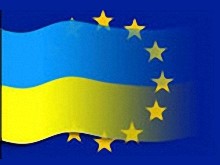 Since his inauguration in January 2005, Ukrainian President Viktor Yushchenko has repeatedly stated that his foremost foreign policy goal is his country’s integration into European and Euro-Atlantic institutions. “Joining Europe” today, be it preparing a country for a bid to enter the European Union or NATO, is an extraordinarily complex business. It will require the development of a consensus on a Euro-Atlantic policy course among the country’s political leadership. It will also require an effective and coherent policy coordination structure. As the experience of other Eastern European countries has demonstrated, integration into the European Union or NATO is not just the responsibility of the foreign and defense ministries. It also requires coordination with the ministries of economy, justice, agrarian policy, transportation and communications, internal affairs – indeed, virtually every ministry in the Ukrainian Cabinet.

The necessary involvement of so many ministries poses a tough bureaucratic challenge. Defining and implementing a coherent policy of Euro-Atlantic integration requires a sound mechanism for interagency coordination that ensures that all ministries work in the same direction. In Ukraine’s case, one of the weaknesses to date has been the lack of such a coordinating mechanism.

Achieving a consensus on a Euro-Atlantic policy course among the Ukrainian leadership may become more diffi cult following constitutional changes to be implemented in 2006. These changes will grant the prime minister a signifi cant degree of independence from the president as well as substantially expanded authority, resulting in a co-habitation system and thereby increasing the need for an effective mechanism that coordinates and integrates policy.

This paper describes the Ukrainian executive branch’s system for coordinating Euro-Atlantic policy and identifi es structural weaknesses. It offers recommendations as to how Ukraine can strengthen its internal structure for developing and carrying out a coordinated course of integration into Euro-Atlantic institutions. While the focus of this paper is the management of Ukraine’s Euro-Atlantic policy, the observations may apply more broadly to coordination of other aspects of the country’s foreign policy.