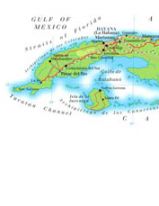 This compendium presents the texts of the U.S. policy statements, laws, and regulations (or relevant parts thereof) that govern U.S. relations with Cuba, on both the bilateral and multilateral levels. Preceding each group of documents is an analytic summary, which highlights the context, major provisions, and significance of the policies, laws, or regulations in question as they relate to U.S.-Cuban relations. At the end is an essay entitled, “Requirements for Normalization,” which discusses how a U.S. government seeking to do so might go about the process of normalizing relations, taking either a comprehensive or incremental approach. The documents and analyses in this compendium were fully up-to-date as of January 1, 2004, when the authors completed their initial survey.

For over 40 years, U.S. policy toward Cuba under Fidel Castro has largely consisted of economic sanctions designed to isolate the Castro government in order to bring about political change. A second – more recent – track of U.S. policy has been to support the Cuban people through such measures as radio and television broadcasting, private humanitarian assistance and U.S. government backing for democracy and human rights efforts in Cuba.

Future U.S. Relations with Cuba
Future U.S. relations with Cuba will depend to a large extent on the course of events on the island and on how the U.S. executive and legislative branches respond to these events. At this juncture, Congress and the Administration essentially agree that any change in U.S. policy will only be triggered by substantial political and economic reforms in Cuba. This policy was set forth by the Cuban Liberty and Democratic Solidarity Act of 1996, which placed the embargo regulations into permanent law and linked the embargo’s suspension and ultimate termination to the fulfillment of numerous political conditions by a new government that would include neither Fidel Castro, nor his brother Raul. The codification of the embargo essentially shifted the power to change the sanctions-based Cuba policy from the executive branch to Congress. This is because the power of the executive to ease the economic embargo significantly is circumscribed until certain democratic conditions are met. Over the past several years, there has been growing sentiment in Congress to make changes to the long-standing policy of isolating the Cuban government through sanctions. There have thus been numerous legislative attempts to overturn some embargo restrictions, notably the restrictions on travel, though none of these initiatives has yet been enacted into law.