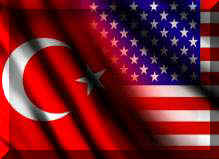 A series of expert working papers released today by the Atlantic Council call for Turkey and the United States­ ­to give grea­ter priority to working in a trilatera­l f­ormat with Europe on energy sec­urity, co­unter-terrorism, and building regional stability in the broader Middle East.  The United States and Turkey have drifted apart­ since the end of the Cold War, but together this partnership should refocus its attention on addressing the key challenges of the 21st century, according to a group of U.S., Turkish, and European experts.

The January 8 meeting between Presidents Abdullah Gül and George Bush reflected a recent improvement in relations, due to enhanced U.S. assistance to Turkish efforts to fight PKK terrorism.  But if that meeting is to have a lasting impact and strengthen the U.S.-Turkey partnership — and not fade away as did the 2006 Strategic Vision — more concrete steps must be taken to overcome the past few years of tension and recrimination.

The U.S.-Turkey partnership must also reflect Turkey’s changing relations with the European Union.  The United States should support Turkey’s bid to join the EU, while encouraging Turkey to undertake the needed reforms.  But Washington should also include Turkey in some elements of U.S.-EU cooperation on energy security, counter-terrorism, and the wider Middle East.

Together, the papers recommend:

The working papers, which are co-sponsored by the Strategic Studies Institute of the U.S. Army War College, are the result of a workshop sponsored by the Army War College/SSI, the German Marshall Fund of the United States, the Heinrich Boell Foundation, and the European Commission.  Copies are available on the Atlantic Council’s website or by contacting Fran Burwell at [email protected] or (202) 778-4970.