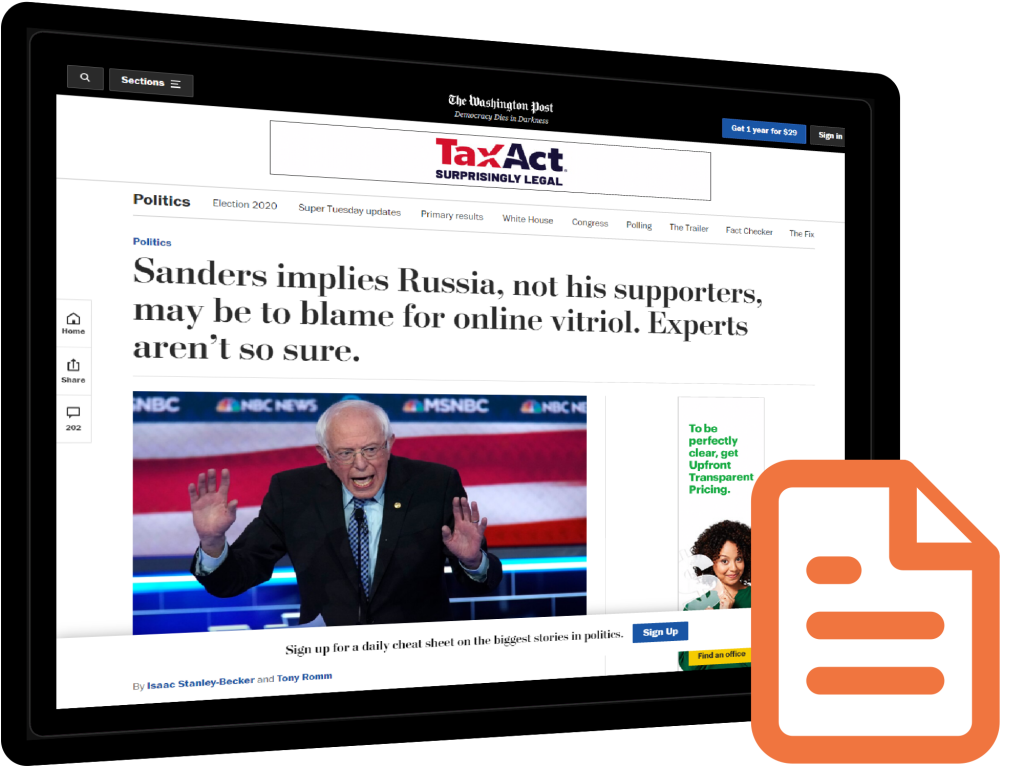 Absent direct evidence, researchers said Sanders’s comments threaten to foment further doubt about a campaign that has been buffeted by confidence-shaking missteps, beginning with the technical glitches that marred the Iowa caucuses earlier this month.

“We have seen no evidence in open sources during this election cycle that an online community of Sanders supporters, known as Bernie bros, were catalyzed by what Sanders suggested could be ‘Russian interference,’ ” said Graham Brookie, director of the Digital Forensic Research Lab at the Atlantic Council, which tracks disinformation on social media sites.